Iyer only Indian American among the 24 recipients of the 2013 MacArthur Fellows. 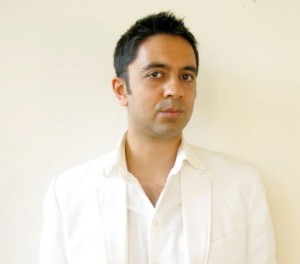 WASHINGTON, DC: Jazz maestro Vijay Iyer is among the 24 recipients of the 2013 MacArthur Fellowship, otherwise known as the “Genius Grant,” which from this year onwards comes with increased prize money of $625,000, distributed over five years.

Iyer, a professor of music at Harvard University, is a jazz pianist, composer, writer and producer based in New York City. He is the son of Indian immigrants from Tamil Nadu, and was born in Albany, New York in 1971. A gifted musician from an early age, he began learning the violin at the age of just three years old; he also taught himself how to play the piano.

Iyer graduated from Yale University at the age of 20, with a double-major degree in physics and mathematics. He earned his Ph.D. in 1998 – after initially pursuing the degree in the field of physics, he decided to create an interdisciplinary Ph.D. in “Technology and the Arts. His dissertation was titled “Microstructures of Feel, Macrostructures of Sound: Embodied Cognition in West African and African-American Music,” which discussed the relationships between cognitive activity and music.

Since 1995, Iyer has released 17 albums as a lead musician, in addition to being featured on four other compilation albums, as well as working as a side artist on several other releases. He has been called one of the 50 most influential Indians around the world by GQ India, and has won awards and endowments from the New York Foundation for the Arts, the New York State Council on the Arts, and the Rockefeller Foundation.

The MacArthur Fellows Program is an annual endowment made to a number of individuals (between 20 and 40 people typically) who “show exceptional merit and promise for continued and enhanced creative work.” Creative work does not necessarily mean art, though; several scientists, economists, and luminaries in various fields have won the award. The people selected often have contributed something meaningful to their respective field, but the Fellowship’s endowment – which is $625,000 per individual this year from the previous years’ $500,000 – is considered an investment in allowing them to continue their pursuits even further and contribute even more.

The John D. and Catherine T. MacArthur Foundation is a private foundation, based in Chicago, that funds close to $230 million in grants and loans every year. It has an endowment of $5.7 billion, and has given out at least $4 billion in awards since it began in 1978, the year that founder John D. MacArthur passed away. At the time, he was one of the three richest men in America. Worth over $1 billion, he left 92% of his assets to the Foundation. Today, they have offices in Mexico, Russia, Nigeria, and India.

The full list of the MacArthur Foundation’s 2013 Fellowship awardees can be viewed here.