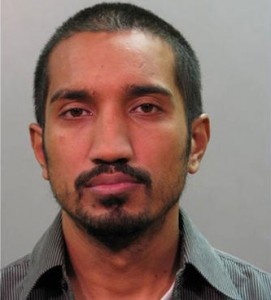 WASHINGTON, DC: An Indian American man has been extradited from India to the US for allegedly raping a teenage girl.

Amit Singh, a 32 year-old, is accused of raping the girl in March, 2009. At the time only 14 years old, she was allegedly approached by Singh while walking to school in the morning. Singh tried to talk her into coming home with him, but she refused. Singh then forcibly took her to his house and raped her, and afterwards drove her back to school.

Upon reaching her school – located in Elmont, New York – the girl told her teacher what happened. Four days after the incident, Singh boarded a plane and fled for India, knowing that the police were after him. The following day, police asked the girl to identify the perpetrator; she was able to single out Singh after seeing his photo in a police lineup.

DNA evidence from the scene of the crime matched Singh’s, who was already under watch by law enforcement for a felony drug charge involving cocaine in 2007.

Officers with the US Marshals Service eventually tracked Singh back to India, where they found him last week, and brought him back to the States. Even while on the run in India, he was arrested when he attempted to travel from New Delhi to Thailand in 2011, but was apparently released for undisclosed reasons.

The charges brought against Singh are first degree rape, second degree rape, sexual abuse, and endangering the welfare of a child. It is unknown whether or not Singh has an attorney himself or will have to accept one given to him by the government.