Speakers at the conference include Indian ambassadors, economist Bhagwati.

WASHINGTON, DC: The Columbia University School of Law will host a conference honoring the famous Indian legislator B.R. Ambedkar, who is an alumnus of the institution. 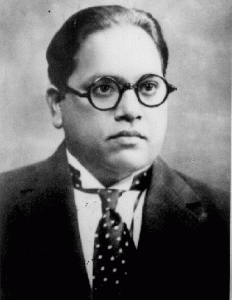 The conference – which will happen on October 26th, feature a gathering of Indian scholars who are leaders in their respective fields of work, which range from economics to history to politics. They will celebrate the accomplishment of Ambedkar, who is fondly remembered as the father of the Indian constitution.

Panel discussions will include Ambedkar’s specific contributions to the Indian legal system, as well as discussions on modern policy concerns both within India as well as regarding India’s place on the world stage.

Luminaries attending the event include the Indian Ambassador to the US, Nirupama Rao, India’s Permanent Representative to the United Nations, Asoke Kumar Mukerji, and Columbia University Economics and Law Professor Jagdish Bhagwati, among other. The conference has been organized by Bhagwati and Sudhir Krishnamurthy.

Born in 1891 to a Mahar (untouchable) caste family, Ambedkar rose up from the socio-economic disadvantages of his birth to become the legend of India that he is today. After earning degrees from the University of Mumbai, Columbia University, University of London, and the London School of Economics, he eventually became the Chairman of the Constitution Drafting Committee. He was also India’s very first Minister of Law and Justice, and a Labor Party Member in the Viceroy’s Executive Council.

He famously renounced Hinduism, voicing his displeasure with the caste system, and became a Buddhist. After his death in 1956, numerous memorials were constructed in his name throughout India, as well as several institutions of higher learning being named after him.