The other 9 universities are from America. 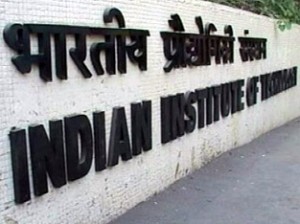 WASHINGTON, DC: The Indian Institute of Technology (IIT) is ranked #10 on the list of “Top Universities Producing [Venture Capital]-Backed Entrepreneurs”, according to a new study released by US-based research firm PitchBook

PitchBook says that the purpose of the study was to “get an idea of how universities have contributed to economic growth.” The study’s findings mean, therefore, that IIT is an indispensable contributor to America’s economic well-being.

The study says that 77 startup founders who have raised their first round of venture capital since 2010 have come from one of the IIT institutes, a find that even PitchBook admits to being surprised by.

“Perhaps the most interesting, and rather unexpected, entry on the list comes in at No. 10: the Indian Institutes of Technology,” says the Pitchbook study entry for ITT. “With [India’s] boom in the IT industry over the last couple of decades, it stands to reason that Indian schools are producing innovative thinkers to fuel that country’s – and the world’s – rapidly growing and increasingly technology-reliant economy.”

PitchBook also noted that “Furthermore, many highly successful U.S. companies have been founded by immigrants, [thus] proving the value of immigrants to the United States’ economy.”

Several IIT alumni have founded and headed up hugely successful businesses in the US, particularly in Silicon Valley. Among those entrepreneurs and CEOs are Gururaj Deshpande (Sycamore Networks), Vinod Khosla (Sun Microsystems), and Arun Sarin (Vodafone).

In fact, IIT represented the only non-US university to appear in the top 10. The rest of the list is composed of the biggest and brightest universities in the States.

Stanford is #1, with 190 alumni having founded startups. The University of California at Berkeley is #2 with 160, the University of Pennsylvania is #3 with 131, Harvard is #4 with 124, and the Massachusetts Institute of Technology (MIT) is #5 with 115 founders.