More people in the US don’t know about Modi than do know about him: Sanjay Puri 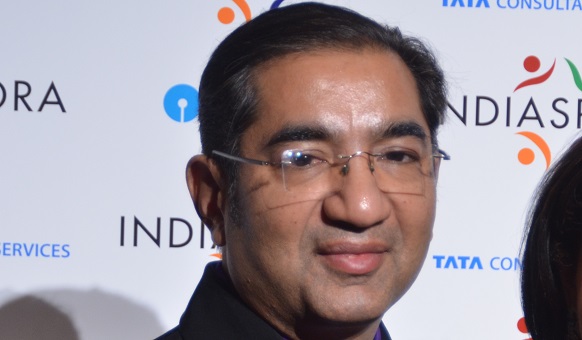 Best thing is to get Devyani Khobragade back to India, says USINPAC chairman.

WASHINGTON, DC: Sanjay Puri is the chairman of the US-India Political Action Committee (USINPAC), one of the top lobbying organizations in Washington, DC for 3.2 million persons of Indian origin residing in the US.

Puri is also the founder and CEO of Optimos Inc., an IT firm based in Reston, Virginia, just outside of the nation’s capital. Additionally, he is the founder and president of the Alliance for US-India Business (AUSIB). Considered an authority on US-India relations, he has been featured in The New York Times, CNN, and National Public Radio. He earned his MBA in finance from the George Washington University in Washington, DC.

In an interview to The American Bazaar, Puri spoke about the ongoing Devyani Khobragade controversy and how it may be fixed, what the future of US-India relations could be if Narendra Modi becomes the Prime Minister of India in 2014, and where immigration reform could be headed next year in the US.

The arrest of Devyani Khobragade has ballooned into an international incident between the US and India that could have some serious repercussions on the relationship between the two countries. The USINPAC has denounced her arrest and the manner in which it was conducted, and in a statement, you said that the “failure in diplomatic protocol can cause irreversible damage to the US-India Relations.” What do you believe is the quickest and cleanest way out of his mess?

Well, there are all kinds of issues now involved. The cleanest and quickest way would be to get Devyani back to India. Now there are obviously legal issues, law and order issues that need to be followed, and I don’t think anybody is sanctioning willful violation of a country’s laws.  Regardless of what happens, the proper process has to play out, but for now the best thing that could happen is for Devyani to get back to India as soon as she can.

We are investigating that. There are lots of reports that have come up, but none of them have really been confirmed at the moment. We don’t know the details of those reports yet, and it’s very difficult for us to comment on hypotheticals, but if that really is the truth, it is going to be a huge issue. We are following up on that and we have raised the issue at the UN level and Congressional level, as well as with the State Department, so we’ll see what the next step is.

The Indian Ambassador to the US S. Jaishankar will have to pick up a lot of the pieces left broken by the Khobragade incident. He has already presented his credentials. What kind of a reception do you think he will receive in Washington in light of recent strains between the two countries? Do you think his presence will help expedite a resolution to the Khobragde situation?

He’s a very seasoned diplomat; he’s had experience in the Indian Foreign Service going back many, many years. I think he’s welcome addition here in Washington, and I believe the US feels the same. He’s obviously coming in at a very interesting time. This [Khobragade] issue is one that both sides really want to put behind them as soon as possible, but Jaishankar is coming in a little late in the game, so I’m not sure really what he can do.  He’ll have to see if this issue is something everyone can work past for the US-India relationship. The damage that has been done here is really in the mind of the Indian public; their anger and reactions are what are causing this situation to be seen as very volatile.

Speaking of that anger – Sources have said that there were repeated calls for help by the Indian Embassy and Consulate to the State Department and NYPD in helping to solve the Khobragade/Richard case for several months, but those calls and letters were completely ignored. There is a lot of anger on the Indian side because the US did not follow diplomatic avenues when arresting Khobragade, but is there the possibility that those avenues simply weren’t open because they’re ineffective? Is the USINPAC doing any kind of work or advocacy to alleviate red tape in this regard and make the process of having a country ask for legal help more transparent?

I think the anger is coming from the perception of the issue of cultural sensitivity and things of that nature. Obviously [India] is trying to respect the law of the land, but you can follow the law of the land and also be sensitive and courteous. I think Devyani was not considered a high-flight risk or anything like that; they clearly went overboard in their treatment of her, and that had a big influence on public perception in India.

In terms of how things can be improved, the State Department really needs to take a step back and understand that most times, American diplomats are treated with a great deal of respect and authority, no matter where they are.  And that kind of treatment is to be expected. In the same way, when dealing with diplomats of another country, they must be dealt with sensitively. If you’re dealing with a Chinese diplomat, for example, their cultural customs and sensitivities must be recognized. In India, there’s a lot of cultural sensitivity with this issue, particularly since you’re dealing with a Dalit.

Some have said that Khobragade being a Dalit has been a factor in how this controversy has played out; specifically, that India is making such a big deal about her arrest in order to curry favor among the Dalit population within the country for the next election. Do you think this is the case?

I can’t speak [about] how Indian politicians are thinking. But I can tell you that the initial outrage was expressed by the IFS and that it was not driven by caste, but by the fact that the treatment of one of their own colleagues was so problematic. The issue kept getting pushed [up the chain of command] through the Ministry of External Affairs and so on until it spread everywhere. The issues of caste and gender and all came in later, if they did at all. But I can’t speak to any kind of political motivation in that regard.

House Resolution 417 causes a furor in parts of the political community for finger-pointing at India regarding religious violence and its attack on BJP candidate Narendra Modi. The HAF issued a vigorous denouncement of the bill, and the USINPAC also voiced their displeasure, saying essentially that the US should not meddle in Indian elections. Why does Modi continue to be such a point of contention for the US, despite a court finding no conclusive evidence of his role in the 2002 Gujarat Riots and the increasing likelihood of him being elected Prime Minister next year?

I don’t know if Modi is looked upon as a point of contention in the US. In fact, I think more people don’t know about Modi than do know about him. But as far as members of Congress are concerned, our standpoint is very simple: it’s just not the job of the US Congress to tell Indians how to vote in their own election. India is a sovereign nation, and they have every right to choose their own leader, whoever that may be.

India has been independent for over 60 years and actually has a far higher voter turnout than [the US]. It would be like if MPs in India were telling Americans which presidential candidate to vote for. When [they] put out these Resolutions in Congress and get politicians to sign them, it sends a very bad signal to those in India. It’s not really about Modi or XYZ, whoever it may be; the US is a superpower so their message gets amplified.

It’s for Indians to decide if they want to elect Mr. Modi, Rahul Gandhi, Mayawati, Singh, Patnaik, Banerjee – there’s a vast number of people [the Indian electorate] can choose from, there’s no shortage of qualified people out there, so the US just needs to let Indians pick who they want. It’s not up to members of US Congress to say “We like him, we don’t like him.” It’s as simple as that.

We [at USINPAC] have worked diligently to make sure there are no undue influences on the election, and the [chairman] of the House Foreign Relations Committee [Rep. Ed Royce (R-CA)] has assured us that they will stay out of the way of the elections. Because the last thing anyone wants is for the Indian people to start thinking that the US is not [their] friend just because of someone they elect as their leader.

If Modi does get elected to the most powerful political seat in India, what will that mean for ties with the US, especially since they are already at their weakest point in the past several years?

Well, if members of Congress continue to try and interfere in the electoral process over [in India], then yes, there will be a problem. The media has also been part of the issue by saying that the US doesn’t like Modi, and those kinds of things influence people in India and in the US. But it’s our job to make sure that it doesn’t get to that stage where it causes a big problem between the two countries. And we believe that this relationship does not stand on the pillars of simply which party is in power. Indians don’t get riled up if Democrats win or Republicans are in the White House; similarly, the US should not care if Congress Party or BJP are in power in India.

Immigration reform was supposed to be one of the key issues on President Obama’s agenda this year. It got off to a very strong start, but fizzled out over the past few months due to the elections, the failed Obamacare rollout, and other factors. Has the USINPAC done any advocacy with regards to immigration reform, especially since it’s been relatively dead over the past few months?

We’ve been active for many years over this issue, back when Congress was trying to kill H-1Bs some time ago. We’ve been pushing for family-based immigration since even before the Senate immigration bill came out and was passed.

Our perspective is that the US is an economic powerhouse, but it needs to continue to attract the best and brightest to make sure that it stays at the cutting edge of innovation, and the best way to do that is through the immigration system. The US needs to use the system to help fill in its gaps in various sectors by attracting highly skilled workers from all over the world. The process needs to become easier for graduate students, as well, to get green cards and become citizens.

So we’re very involved, but it’s a very complicated bill. It’s comprehensive, so there are a lot of moving parts that need to be addressed, and we’ve been consistently working on that. The political push is not there right now, but I have a feeling that next year something can happen, even though it’s an election year and all that. I think that if certain pieces get taken out, t out, the bill will move much faster.