Records tumble as Bollywood films feast on the US box office.

WASHINGTON, DC: The year 2013 proved to be a record-breaking year for Bollywood at the US box office. Two films opened in the top 10 on their respective opening weekends – Dhoom 3 and Yeh Jawaani Hai Deewani – while several went on to break all kinds of records during their theatrical runs. Race 2 was the first bona fide blockbuster of the year, but was quickly surpassed by the Yeh Jawaani Hai Deewani, and then Chennai Express. 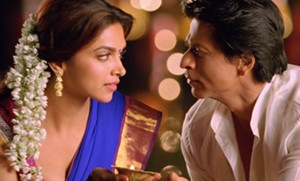 When Diwali came around, Krrish 3 opened to huge numbers, and quickly became one of the highest grossing Bollywood films of all-time worldwide, although its performance in America was somewhat less robust. Ram-Leela opened a few weeks later and handily beat it.

Dhoom 3, however, opened just last week and is already closing in on 200 crore worldwide. The action film is expected to become the new highest grossing Bollywood film in a matter of mere weeks, and has made a killing at the US box office in just six days.

There are some smaller films on the list. Sports biopic Bhaag Milkha Bhaag was the surprise hit of the summer, and just barely missed out on making the top five. Kai Po Che features no big-name stars and is about controversial subject matter (the Gujarat riots of 2002), but did very big business in the US, grossing well over one million dollars. Raanjhanaa did well, particularly since it also lacks a big star to market the film with, as did adult comedy Grand Masti. 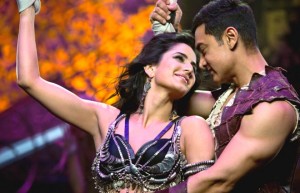 In terms of relative disappointments, Satyagraha and Besharam certainly qualify. The former features an enormous star cast – Amitabh Bachchan, Kareena Kapoor, Ajay Devgn, Arjun Rampal – and is from the director of the hugely successful film Raajneeti, but brought in less than a million dollars. Besharam, starring golden boy Ranbir Kapoor and, for the first time, his parents Rishi Kapoor and Neetu Singh, brought in just under $700,000 and is considered one of the biggest flops of the year in India.

The following is a list of the top 15 Bollywood films in terms of their performance at the US box office, according to figures from BoxOfficeMojo.com. The list is different from one listing total grosses, which would be in a slightly different order, but feature largely the same films.