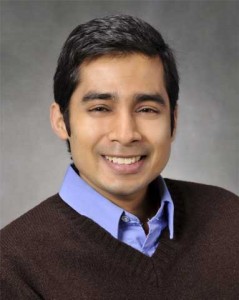 WASHINGTON, DC: Anish Goel, former aide to President Barack Obama, has joined the renowned US think tank New America as part of its National Security Program, and was inducted into the organization as a South Asia Fellow.

His responsibilities at New America will entail writing about the US foreign policy and national security implications, a field in which he has years of experience. For three years, Goel was with the White House’s National Security Council as its Senior Director for South Asia, which made him Obama’s top-most foreign policy adviser for South Asia.

During his time with the Obama Administration, Goel was a critical player in Manmohan Singh’s state visit to the White House in November of 2009, as well as Obama’s visit to India the following year. Goel left the position in 2011.

In a press release put out by New America, Peter Bergen, Director of New America’s National Security Program said “Anish is a respected expert on South Asia and has made important contributions to scholarship on the region [and] we are delighted to have him with us.”

Currently, Goel is at Boeing Commercial Airplanes, serving as their Director of Geopolitical Affairs. The job entails analyzing areas of the globe and identifying potentially problematic flight areas and how they may affect business.

Goel is also a member of the Council of Foreign Relations. He has also been a guest lecturer at the University of Washington, and writes occasionally for Foreign Affairs, a leading “political and economic insights” publication.

Goel earned his bachelor’s degree from the University of Michigan in chemical engineering, and then went on to the Massachusetts Institute of Technology for his Ph.D. in the same field. He currently resides in Seattle.