Jindal has interesting takes on New Yorkers and medical marijuana. 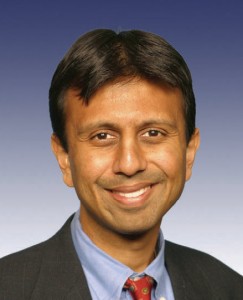 WASHINGTON, DC: Louisiana Governor Bobby Jindal returned from his visit to Asia earlier this week, a trip that took him to Japan, Taiwan, South Korea – but curiously, not to India, where both his parents originally hail from.

The trip was Jindal’s first-ever dedicated solely to economic development since he took office in 2008. Jindal reportedly met with top-level executives at several companies in the aforementioned countries, but did not list any solid commitments from anyone that he met with during his trip.

What’s unusual, however, is that Jindal didn’t bother to visit India, a country with increasing business and economic ties with the US. Jindal and his Economic Development Secretary Stephen Moret, however, steered clear.

Part of the reason could be that the US government still does not want officials travelling to India in the wake of the Devyani Khobragade scandal – Assistant Secretary of State Nisha Desai Biswal and Secretary of Energy Ernest Moniz both cancelled their trips to India earlier this month and have not signaled a possible postponement date.

Jindal has also been making waves over controversial remarks by New York Governor Andrew Cuomo, who said earlier this week that radical conservatives have no place living in his state. Never one to shy away from publicity, Jindal entered the fray, calling on New Yorkers to move to Louisiana.

“Hey displaced and persecuted New Yorkers..You can find refuge, loving people and great food in Louisiana,” said Jindal’s Facebook page this past Tuesday. Jindal’s invitation to New Yorkers would certainly boost his state’s economy, one of the biggest focal points of Jindal’s gubernatorial career. Cuomo backtracked on his comments the next day, saying that they were misconstrued by the media, but Jindal had already seized the opportunity to impugn a Democrat and promote his own state.

Jindal also brought media attention upon himself when he said that he would not be opposed to the legalization of medical marijuana, echoing a similar statement President Barack Obama made recently when he said that marijuana was about as harmful to the body as alcohol.

“I continue to be opposed to legalization of marijuana,” Jindal said at the Pennington Biomedical Research Center on Wednesday in Baton Rouge. “When it comes to medical marijuana [however] if there is a legitimate medical need, I’d certainly be open to making it available under very strict supervision for patients that would benefit from that.”

Louisiana has had a medical marijuana statute in place for over 20 years, but legislative protocols prevent it from being of any use. Legalization of marijuana has come back into the fore at the state level, especially after Colorado legalized the purchase of marijuana for recreation purposes, and now Louisiana is debating legalization for medicinal usage.