Grandfather of six to contest for City Council seat.

WASHINGTON, DC: Georgia resident Arun Misra has entered the race for a seat on the City Council of Johns Creek, a suburb of Atlanta known for being particularly affluent. 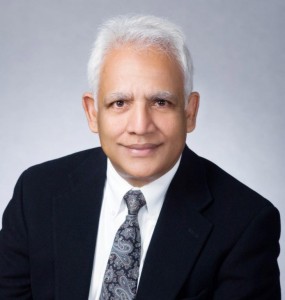 Misra, 62, is married with three children and six grandchildren. A resident of Johns Creek for 15 years, he has a doctorate in microbiology and genetic engineering. He was formerly a college professor and research scientist at institutions such as Atlanta University Center, University of Mississippi, Washington University, and other schools in Australia and India, too. He has authored several books, around 75 research paper, 100 abstracts, and over 200 articles on various scientific topics, including biology and chemistry.

Now, Misra says he is hoping to give back to the community that he has made his home. Speaking with local news source, NorthFulton.com, Misra says he wants to grow the Johns Creek community into a more desirable place to live by giving it, among other things, a post office and a large-scale shopping mall. The city currently does not even have its own zip code, which Misra says is one of the first things he will seek to change. He also wants to attract a college or university campus to be built within the city to help drive up the local economy, as well as a public arts center.

Currently, Misra is an active member of the Rotary Club of Johns Creek, Johns Creek Chamber of Commerce, Indian Business Association, and the Atlanta Botanical Gardens. He regularly attends weekly meetings of all of those organizations, but says that perhaps more than anything, he wants to get other minority groups involved in their local community politics.

The 2010 Census survey indicates that 23.4% of Johns Creek is of Asian descent, with 8.4% specifically of Indian origin. The City Council is comprised of six seats; according to the Johns Creek government website, “each Council Member serves a term of four years. By law, a Council Member must be: 21 years of age; a resident of the City for 12 months immediately preceding his or her election; continue to reside within the city during their time of service on Council; registered and qualified to vote in municipal elections of Johns Creek.”