NEW YORK: Dr. Vivek Murthy is likely to become the Surgeon General of the United States on Monday, December 15th, as he cleared the first procedural hurdle by a vote of 52-40 in the Senate today. 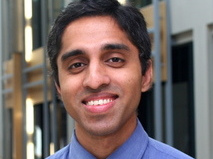 Votes on both cloture and confirmation for Murthy could come as early as Monday, reported The Huffington Post.

Murthy’s nomination has been stalled since March over fierce opposition from the National Rifle Association due to comments he made on gun control. A senior administration official told The Huffington Post last week that Murthy’s confirmation is a “top priority” for the White House.

There has been tremendous push for Murthy’s nomination on Capitol Hill and by strategists. Read that story here: http://www.americanbazaaronline.com/2014/12/02/sen-mark-warner-gives-push-confirm-dr-vivek-murthy-surgeon-general/

Due to Republican objections, Senate Majority leader Harry Reid (D-Nevada) was forced to hold a series of procedural votes on each nominee, rather than a simple yes-or-no vote, said the Post.

Speaking on the Senate floor Saturday, Reid criticized Republicans for feigning anger over the nominees despite having known for weeks that he intended to hold a vote on them before the end of the lame-duck session.

He added: “Regrettably, a small group of Republicans has determined it’s in their political interest to hold this legislation hostage.”

The Democrats are also trying to push through in the Lame Duck session, apart from Murthy, Deputy Secretary of State nominee Tony Blinken and Sarah Saldana, Obama’s pick to head Immigration and Customs Enforcement.