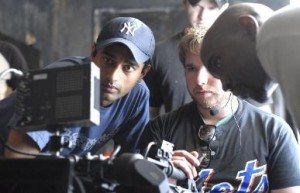 WASHINGTON, DC: With Super Bowl XLIX nearly upon us, on February 1, anticipation is building for both the big game and the slew of advertisements which are a traditional staple of the Super Bowl viewing experience.

On January 5, PepsiCo’s Doritos brand — which has aired some memorable Super Bowl ads themselves over the years — announced the 10 finalists in its “Crash the Super Bowl” contest. The finalists will be competing for a coveted Super Bowl XLIX airtime slot as well as $1 million and a dream job with Universal Pictures.

The finalists were chosen from nearly 4,900 submissions representing 29 countries across the globe. During the announcement, which was made live on the Today Show, NBC chose only one finalist’s piece to air: ‘The Lemonade Stand,’ directed by Indian-American filmmaker Nick Sivakumaran.

The advertisement features a young girl humorously using her Doritos as bait to sell massive quantities of lemonade. The project has come a long way since its inception — it was shot in L.A. with a skeleton crew and minimal budget.

Nick graduated from the University of Southern California’s film program in 2001. He is currently developing two films and also teaches at the New York Film Academy in Los Angeles [https://www.nyfa.edu/los-angeles/film-school/]. In order to bring ‘The Lemonade Stand’ to audiences across the world, the Indian-American filmmaker teamed up with Writer Richard Jindapornsuk and Producer/Editor Dave Horowitz. 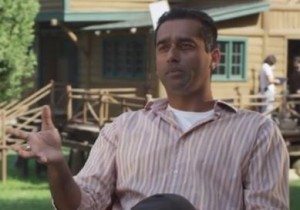 Two of the finalists’ advertisements will air during the Super Bowl XLIX broadcast — one selected by fan votes and the other by the Doritos brand itself. Of the two that air, whichever receives the most fan votes will take home the $1 million prize and contract to work onsite with Universal Pictures on a variety of future releases such as ‘Pitch Perfect 2.’

Actor/producer Elizabeth Banks — who is making her directorial debut with ‘Pitch Perfect 2’ and has featured in critically acclaimed blockbusters such as ‘The 40-Year-Virgin,’ ‘Seabiscuit,’ and more recently, The ‘Lego Movie’ and ‘Hunger Games’ franchises — was one of the judges who narrowed down the finalist ads.

“It has been an incredible experience to lend a hand in selecting the finalists for this year’s Crash the Super Bowl program,” Banks said. “I’m excited to see which ad captures the hearts of fans and which filmmaker will win the life-changing opportunity to work at Universal.”

Fans can vote for ‘The Lemonade Stand’ until January 28.