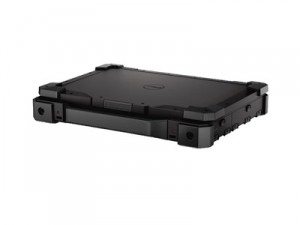 WASHINGTON, DC: Back in 2007, Dell became the first major computer manufacturer to offer Linux as a pre-installed option on their slate of machines. Fast forward nearly eight years, and Dell is still continuing to bolster the Linux platform — the company recently announced it will be bringing Ubuntu 14.04 to its high-end Precision M3800 workstation and the latest model of the Dell XPS 13.

Barton George, Dell’s Director of Developer Programs, wrote on his blog that Dell wanted to appease programmers who have been asking for an officially supported Ubuntu computer that fires on more power than any other laptop running a Linux build. Dell team member Jared Dominguez took it upon himself to engineer a viable option, and the Precision M3800 is the result of his R&D.

George stated the key features of the Ubuntu-powered Precision M3800 developer edition are:

The bad news is that the high-end Ubuntu version of the M3800 won’t support Thunderbolt right out of the box. However, Domiguez explains on his blog that Thunderbolt support will be available via kernel upgrade in the near future.

According to Dell’s retail page, the Dell Precision M3800 with Ubuntu is currently available with a starting price of $1,533. The next Linux-powered XPS 13 isn’t available yet, but when it is, it will purportedly retail for $50 less than the corresponding Windows-loaded machine.