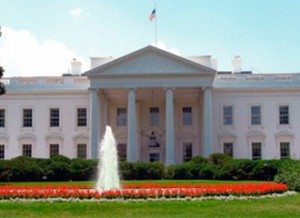 In a 123-page tome disclosed late Monday night, “Judge Andrew Hanen ruled that the Department of Homeland Security did not allow public comment on its rules implementing Obama’s executive action” and issued a preliminary injunction that prohibits the administration from implementing the deferment program, according to a report by USA Today.

The White House immediately issued a public statement rebuking the decision and affirming the Justice Department would appeal the federal judge’s verdict.

“The Supreme Court and Congress have made clear that the federal government can set priorities in enforcing our immigration laws — which is exactly what the President did when he announced commonsense policies to help fix our broken immigration system,” White House press secretary Josh Earnest released in an after-hours statement.

The ruling is a major victory for Texas Governor and GOP member Gregg Abbott, who filed suit in December on behalf of his state and 26 others opposed to the executive action announced in November.

The temporary injunction specifically pertains to a program called the Deferred Action for Parents of Americans and Lawful Permanent Residents, or DAPA. The program would have allowed undocumented parents of lawfully born U.S. citizens or permanent residents to defer deportation and seek job benefits.

DAPA was supposed to begin clicking into gear on February 18 by expanding protection to individuals who were brought into the United States illegally as children, followed by the parents of U.S. citizens and permanent residents in May. Such a timetable is no longer viable.

While immigration reforms slow to a near halt and Abbott’s litigation trudges onward, up to five million undocumented immigrants currently at risk of deportation will be absolved of the protection they were slated to receive.

However, Judge Hanen made it clear that his ruling does not apply to the Deferred Action for Childhood Arrivals, or DACA, which has bestowed legal status to almost 700,00 teenagers and young adults born outside of the United States.