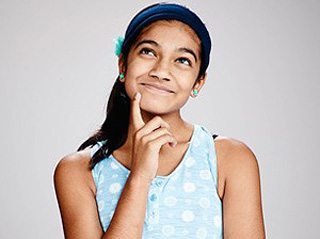 WASHINGTON, DC: Indian American middle schooler Vanya Shivashankar of Olathe, Kansas, is one of the four remaining contestants after round seven of  the popular Lifetime show Child Genius.

On Tuesday night, Shivashankar finished first with 23 points out of a possible 30, the first time she finished number one. The contestant who was eliminated was Ryan (11) of Charlotte, NC.

The season finale of the show is next Tuesday. In addition to Shivshankar,  the other kids remaining in the race are 11-year-old Rolling Hills Estates, CA, resident Yeji, Katherine He (11) of Rancho Palos Verdes, CA, and Graham Curtsinger (10) of Verdigris, OK.

RELATED: Child genius Tanishq Abraham wants to be the President of the United States

Last week, in round six of the competition, Shivashankar finished third with a score of 19 out of a possible 30, tied with Ryan.

After holding the top three spots for three weeks in a row, Shivashankar had stumbled in week four, failing to find a place among top three.

Child Genius pits 20 of America’s most gifted boys and girls in an intelligence-based competition. Over the course of eight weeks, the contestants, ages eight through 12, battle it out by challenging their knowledge in a multitude of subjects for the grand prize of a $100,000 college fund and title the of Child Genius 2014. The show, hosted by Leland Melvin, a former NFL wide-receiver and NASA astronaut, is produced by Shed Media.

At just 13, Shivashankar is no stranger to competition. Having participated in dozens of competitions over the years, she was a finalist in the National Scripps Spelling Bee three times, finishing in 5th place in 2013. Her idol and older sister, Kavya, won the Scripps Spelling Bee in 2009. When she grows up she wants to be a cardiac surgeon, but her hobbies include playing the piano, singing, acting and swimming, according to the show’s website.

Another Indian American contestant, 10-year-old Sacramento student Tanishq Abraham went home in a shocking turn of events. Believed to be the front-runner of the competition by many, he performed poorly in week five and was subsequently sent home.

Feras Ismail, a junior at the University of Maryland, is a contributor to the American Bazaar.

Good that India is considering allowing foreign universities to set up shops, but it must ensure that quality of domestic education also improves