“Alumni & Friends Giving Back To GECT”. 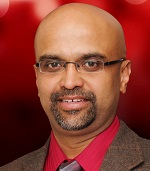 WASHINGTON, DC: The Government Engineering College, Thrissur, is widely regarded as one of the most prestigious professional colleges across Kerala. Producing some of the finest luminaries in the field of science and technology, the college is hailed for its invaluable contributions to the nation over the past 55 years.

Since its inception in the year 1957, the college has consistently grown in both stature and status. However, as has happened with most government colleges across Kerala, the “government” tag has had serious implications on its growth. Shambolic infrastructure, abject dearth of facilities and poor maintenance have overshadowed the glorious milestones accomplished by these colleges over the past decade.

In an attempt to put things right, some US-based alumni of Government Engineering College, Thrissur started an exciting new initiative in 2013 called the ‘GECT Development Trust’ which aims to bring together the different alumni of the college scattered across various corners of the world in a mission to make the institution “the best engineering college in Kerala”.

The trust has been working aggressively in collaboration with the current student body of the college. Standing testimony to the motto “Alumni & Friends giving back to GECT”, the trust was formed by four alumni of the college currently leading their lives in the USA: Binoy Abraham, Vinson Xavier Palathingal, Sasi Eswaran and Anto Chittilappilly. Two of the current GECT faculty members Prof. Krishnakumar (Department of Mechanical Engineering and acting Principal) and Dr. Nowshaja Iqbal (Department of Civil Engineering) are serving the trust to help coordinate the action on the ground.

Alumni of prominent educational institutions around the world have played pivotal roles in maintaining the standing and advancing the objectives of those institutions over the years. Most such institutions have fully developed systems in place to facilitate such alumni interaction and participation.

However, the public/government label of institutions such as GECT have prevented the alumni and the college management to develop such systems for significant alumni input for the growth of the institution. Lot of people have asked a lot of questions when they heard about the formation of GECT Development Trust.

One of the most intriguing one was: “Our college is a government college. Therefore, isn’t it the responsibility of the government to build and maintain proper infrastructure? Why are you guys into maintaining the facilities?”  Our answer was quiet simple. “We the people” are the government in a democracy, and this is our property and maintaining this property is part our personal responsibility as citizens of this country. We want that spirit of leadership, commitment and involvement pave the way for GECTDT to play the most significant role in steering the college to become the most prestigious engineering college in Kerala.

The trust envisions setting up endowment funds modelled after such funds in major universities in the US that helps the universities to subsidize education of deserving children as well as to take care of various infrastructure development related needs. GECTDT aims to generate an endowment with a minimum fund of Rs. 3 Crores in the short term by collecting an amount of Rs 10,000 or higher from a minimum of 3,000 alumni.

With over 25,000 strong alumni group in place, GECTDT thinks that this is a goal achievable in a period of 3 years. Such an endowment is expected to give a return of about Rs 30 lakhs every year thereby making GECTDT a significant partner to the government for the wellbeing of the college.

The vision of the trust includes raising the academic standards by seeking the collaboration of international educational entities, providing students with access to high quality libraries, facilitating practical training to students in top notch corporations, providing a safe and hygienic campus environment, implementing self-sustaining projects that are privately funded and managed and ultimately addressing the maintenance related issues of the college so that the faculty and students can enjoy an atmosphere that is conducive to crafting top notch engineers for the nation.

The trust has started rolling with an initial corpus of Rs. 1 lakh each contributed by its four founder members. In just over a year the trust has collected over Rs. 50 lakhs. Most of the initial funds have been utilized to provide a facelift to the college.

Prior to the National level Techfest ‘Dyuthi’ which was conducted in the month of September 2013, the entire college campus grounds were cleared of the overgrown grass and weeds through a combined effort of various students of the college. This marked the fruitful beginning of what is expected to be a sparkling revolution that could change the way people look at government engineering colleges and other public institutions.

Recent projects that were undertaken by the trust includes painting of the college boundary walls on the north and east sides of the campus and sections of the main building, installation and commissioning of AC in the CCF lab, demolition and rebuilding of toilets in the main building, provision of water coolers and planting of fruit trees across the campus. Various professors as well as committed student volunteers have joined their hands for these projects. A big boost to the trust came from the 1982-86 batch students when they agreed to transfer Rs. 10 lakhs from the funds they have raised to the trust to renovate the CCF lab. Installing quality dustbins in the class rooms and common areas, furnishing the recently renovated East Amphi Theatre and potentially buying a lawn mowing machine for the entire campus are the immediate future projects planned.

Trust has established itself with the really worthwhile projects it has executed. Faculty and students are really excited about the trust and its activities and is helping the trust tremendously to grow its footprint on the campus.  The founding Trustees of the trust Vinson Palathingal and Binoy Abraham recently visited UAE to expand the campaign to the Middle East. The trust has invited the UAE alumni of the college to identify one alumni leader to join the other four trustees. The trust intends to bring in more trustees to the board to expand the coverage to other major GECT alumni population centres such as Saudi Arabia, Oman, Qatar, Kuwait and Bahrain.

GECTDT conducted a public event on January 28th, 2015, to inaugurate the CCF lab and the bathrooms, and to formally launch the trust as an integral part of the GECT’s developmental future. Leaders from the government side such as Industry and IT Secretary Mr. P.H. Kurien, IAS, spoke during the event. Getting such leaders from the government to the campus and to keep them abreast of the developments at the campus is very critical and GECTDT intends to continue such engagement.

The trust is also planning a mega fund raising event in the near future with prominent business leaders and entrepreneurs from Thrissur district who have an interest in making  GECT “the best engineering college in Kerala” and a “jewel of Thrissur”. GECT Development trust hereby invites all alumni and friends of GECT currently leading their lives in various parts of the world to be a part of this revolution and to make this prolific institution, the finest college in the state.

Wealthy private citizens and corporations coming to the aid of the struggling government establishments is the need of the hour. This is the organic way of empowering the psyche of the people by awakening them to the fact that, in a democracy people are indeed the government and the era of total dependence on and waiting for the benevolence of rulers and governments is gone for good.

Like the arts and literature of Kerala, the giving back spirit too is more vivid and refreshing in the minds of the alumni of Kerala colleges based in other parts of the world. If these colleges can tap into this enormous resource abroad, they can transform the look and feel of professional education in Kerala, one institution at a time.

We at GECTDT intends to become that role model alumni initiative to spark such ideas and initiatives all over Kerala so that we can help the prestigious and historic educational institutions in Kerala regain the past glory and continue to lead the quest for knowledge and development.

You can read more about our activities at our website www.gectdt.com. Also, you can visit us on our FB page at www.facebook.com/groups/gectdt/, which is the most valuable tool that contributed tremendously to our success.