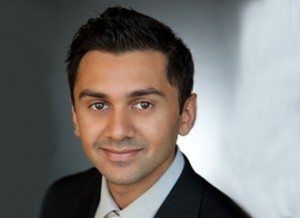 WASHINGTON, DC: Democratic candidate for the US Congress from Iowa, hotelier and businessman Ravi Patel is in a bit of discomfiture as news about him pleading guilty in the past for public urination and some cases of drunkenness during his college days is making the rounds on the Internet.

According to court records accessed by Buzz Feed, Patel, who was just 20 when he pleaded to charges of public urination, was found guilty and fined $50 in November, 2005. The democrat, who attended the University of Iowa, was caught urinating in the same district for which he is now a candidate.

The records accessed by BuzzFeed also reveal that Patel was twice found guilty for pre-mature drinking while he was a student.

Responding to the incidents, Patel put up a brave front, and said: “In my teenage years, like many people, I had some growing up to do. I made some foolish, immature mistakes, I am not proud of it, but I took responsibility for my actions.”

He added: “I have never made any attempt to hide this part of my life. I learned a lot from my mistakes and have grown to become a successful adult. Since that time I have applied myself to my professional life where I have helped grow our family business to one of the most successful hotel companies in the country.”

According to the official website of Patel, his grandparents were farmers in India, and his parents worked multiple jobs before they immigrated to the United States. Patel earned his degree in Business Management and Entrepreneurship from the University of Iowa, after which he took over the family hotel business, later becoming the company’s president.

In 2013, Patel cofounded Built By Iowa, a private equity fund that provides capital, mentors, infrastructure, and investors for start-up companies in Iowa companies looking to bring their products and services to wider markets.

Patel also tried his hand in producing films. His first project, ‘The Formula’ told the story of two engineering students who discover a mathematical formula to pick up women with ease. He also made a cameo appearance in the films which deals with “chauvinistic womanizers”. The movie was a big time flop with many website giving just 1.5 out of 5 stars.

Recently, Patel, announced that he raised more than $525,000 ahead of his deadline of first fundraising-filing. He started his campaign for Congress on February 16 against Republican Rep. Rod Blum.