The other Vīb project is coming up in Miami. 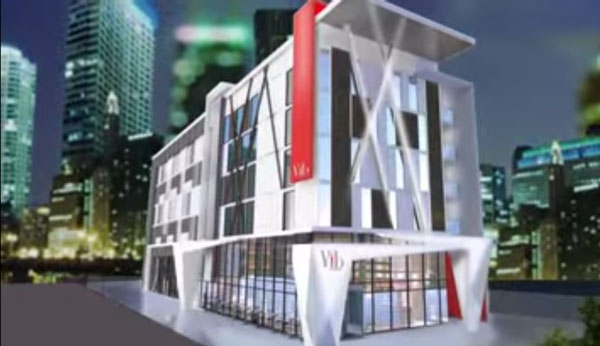 The projects are Best Western International’s new urban boutique concept Vīb (as in Vibrant). In addition, the brand has announced the first international Vīb hotel will be developed in Seoul, South Korea.

“Since the launch of Vīb we have had tremendous interest from hotel developers, especially entrepreneurs who have not developed Best Western hotels previously,” said Mike Muir, vice president Best Western North American development, in a statement. “Vīb is the only boutique concept designed for the upper midscale hotel segment and fills a niche that developers and customers want. What is so exciting for Best Western is that Vīb is no longer a concept but is now a reality. We are thrilled that our first two projects in North America are in such high visibility markets like Miami and Chicago.”

In Chicago, Vīb is being developed on Cicero Avenue across from the upscale, high traffic Midway Hotel Complex in the Chicago/Midway International Airport market, by the Patels. With the unique size and shape of the site, it will be a very visible gateway three story, 74 room hotel. The area has seen a resurgence in commercial growth, with the city and local government spearheading the economic redevelopment of the area.

“We have been looking for a hotel development opportunity in this area for many years,” said Amit Patel. “Once we had the site we wanted, we looked at the various hotel products that we could develop and felt that Vīb offered us the type of contemporary, stylish hotel that was unique to the market and would allow us to effectively compete. We are looking forward to breaking ground mid-to-late summer.”

In Miami, Rebuild Miami-Edgewater, LLC is developing Vīb as the cornerstone of a larger residential and retail project on 7.3 acres in Miami’s Arts and Entertainment District. Located three blocks from the water, near the Art Center and the new EXPO Center being constructed, Vīb is being developed as a 200 room, 10 story hotel expected to break ground in November 2015.