An apology too in the wake of protests over ad deemed racist.

After the print ad of Kalyan Jewellers came under fire for being insidiously racist, the official spokesperson for Kalyan Jewellers said in a statement that the Kerala-based jewellery group is withdrawing the ad.

The statement of the official spokesperson read “the creative was intended to present royalty, timeless beauty and elegance. If we have, inadvertently, hurt the sentiments of any individual or organisation, we deeply regret the same…. We have started the process of withdrawing this creative from our campaign,”

Earlier, the super model turned actress Aishwarya Rai who appeared in the ad had reacted to an open letter written by activists saying that the “final layout of the ad is the prerogative of the creative team of the brand.” 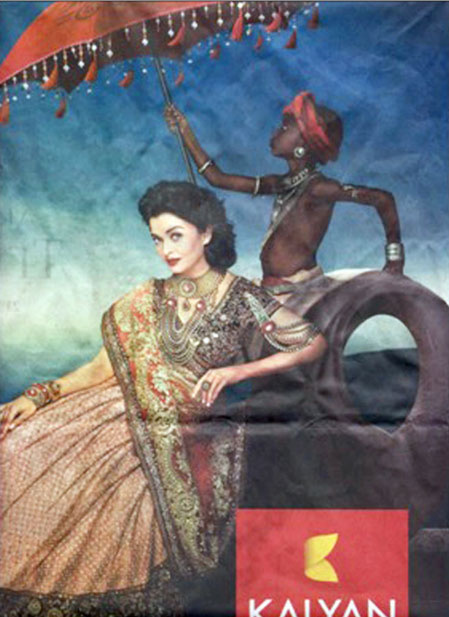 The reply of the actress was addressed to Farah Naqvi, Nisha Agrawal, Enakshi Ganguly, Bharti Ali, Madhu Mehra, Shantha Sinha, Harsh Mander and Mridula Bajaj, who signed an open letter that was posted on an online portal. The letter written by them read “appearing to be representing aristocracy from a bygone era – bejewelled, poised and relaxing while an obviously underage slave-child, very dark and emaciated, struggles to hold an oversize umbrella over your head.

“As an influential member of the Indian film industry and a popular star with a large fan following, we trust that you wish to use your image in a manner that promotes progressive thought and action, and would not knowingly promote regressive images that are racist and go against child rights.”