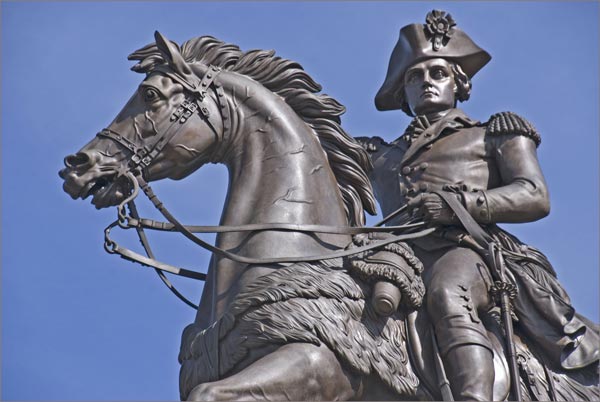 WASHINGTON, DC: Following the nationwide uproar over the Confederate flag and the appropriateness of memorials to Confederate defectors in the wake of the Charleston massacre, University of Texas students have started a petition to remove a statue of George Washington and memorials to other founding fathers due to their lifelong ownership of slaves.

One student signed after acknowledging the memorials consisted of “racist statues,” while another man said the statues represented “treason,” according to neo-conservative blog D.C. Clothesline.

Last week, the president of the UT Austin, Greg Fenves, agreed to commission a taskforce to make recommendations about whether to remove a controversial statue of Jefferson Davis, the Confederate’s commander-in-chief, just hours after the likeness was spray painted with, “Black Lives Matter.”

A separate petition to remove the Davis statue had garnered more than 2,400 signatures in two days, according to San Antonio Express-News.

“We do understand that diversity is one of the key parts of our university culture,” Gregory Vincent, vice president for Diversity and Community Engagement at UT, said at a press conference in front of the Davis statue on June 23. “We want to make sure that we strike the right balance and do the right things the right way.”

Thus far, the university’s Student Government and Graduate Student Assembly have both passed resolutions supporting the removal of the Davis statue.

A third petition, aimed at removing statues of Robert E. Lee, the commander of the Confederate army, and Albert Sidney Johnston, a Confederate general who died during the Civil War, states, “It is impossible to reach the full potential of an inclusive and progressive learning institution while putting an idol of our darkest days on a pedestal.”