Akki gives some insight into his next film ‘Brothers’. 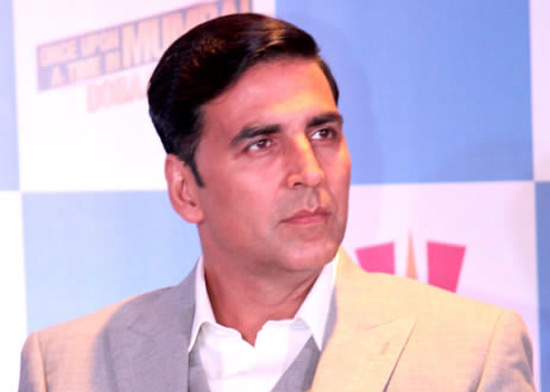 NEW YORK: Superstar Akshay Kumar will be next seen in the film ‘Brothers’ which releases in theaters across North America this Friday, August 14.

Kumar sat down recently to discuss his latest role. Excerpts from the interview:

Why is this film important to you?

This movie is very close to my heart, it means a lot to me, especially because it is a movie about martial arts, which makes it even more important for me. The movie is releasing in August this year, which also coincides with me completing 25 years in the film industry and it means so much to me that this happens to be a movie about martial arts commemorating the accomplishment of my 25 years, when it’s because of my martial arts background that got me into the film industry in the first place. We’re literally going full circles.

Talk a bit about the character you’re playing in ‘Brothers’?

What all was involved in the training for the role?

The main part of the training was a six-month intense and grueling work-out followed by practicing different fighting styles like judo, karate, kyudo, aikido and other mixed martial arts.

How was it working with Sidharth Malhotra?

Sidharth is a very talented young man; he is very professional when it comes to work. Although he had no experience with mixed martial arts he did really well. He also went through eight months of training. Sidharth has a great future ahead of him. In ‘Brothers’ he plays the character of a “man” unlike his earlier movies, where he’s mostly played young characters. We had a great time on set. He’s a Punjabi, I am Punjabi and even our director Karan Malhotra is Punjabi! We spoke in Punjabi all the time to the degree the film should have been called ‘Prah’ (Brothers in Punjabi). Haha.

The movie has a wonderful cast; it also has an “item-number” performance by Kareena Kapoor. Sidharth Malhotra and Jackie Shroff also play lead roles. Is there a love story somewhere in the story line?

Any message for your fans?

I would just like to tell my fans how much it means to me to make a movie that they like. I really hope all my fans like ‘Brothers’. I would also like to tell them that the movie took about one whole year to make, we literally put our blood, sweat and tears into the making. The climax of the movie took about 52 days to shoot, just to get it perfect for the audience. All the fans across the globe should watch this movie on the big screen, watch it with your family and loved ones, do not watch pirated versions of it. We poured out our sweat and blood into this movie.