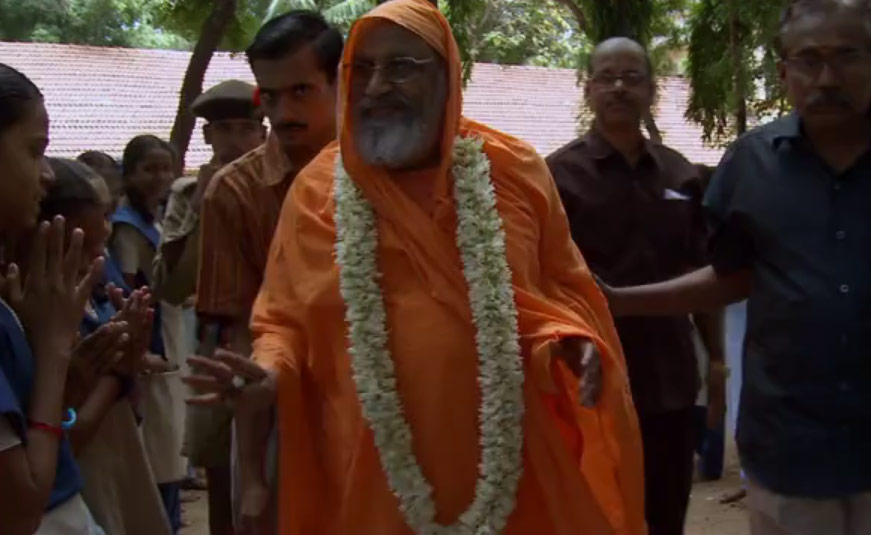 In a documentary that is sure to be as intellectually thought-provoking as it is culturally immersive, debutant director Jillian Elizabeth, in conjunction with Neil Dalal, vividly explores a traditional Advaita Vedanta ashram in Tamil Nadu, India.

The film, “Grurukulam,” follows a group of students as they study the profound teachings of the Upaniṣads and Bhagavad Gītā with the renowned teacher Swami Dayananda Saraswati. Daily chores, meditation, ritual, and rigorous study are woven together connecting the natural and spiritual worlds in moments of surprising revelation and comic contradiction.

“Gurukulam” employs elements of “slow cinema” and sensorial filmmaking, and uses non-linear narrative structures, according to a media release.

“Such cinematic moves evoke the contemplative aesthetic and ethos of the place and community in order to express the profound cultural beauty of this Indian tradition,” it continues.

Jillian Elizabeth is an independent documentary producer, cinematographer, and yoga instructor. Collaborating as a co-producer and cinematographer on the documentary, “Whatever It Takes,” Jillian followed the changing landscape of urban education in New York City. A Sundance Institute Documentary Fund grantee, with major funding from the Corporation for Public Broadcasting, “Whatever It Takes” aired nationally on PBS’s Independent Lens in March 2010.

Elizabeth was also a creative producer of “On Coal River,” a documentary that tells the powerful story of a West Virginian community experiencing the harsh realities of modern coal mining. On Coal River premiered at AFI/SilverDocs, was nominated for a 2010 Gotham Award, and was screened at the Museum of Modern Art in New York City.

Neil Dalal is Assistant Professor of South Asian Philosophy and Religious Thought at the University of Alberta. He holds an MA in East/West Psychology from the California Institute of Integral Studies, and a Ph.D. in Asian Cultures and Languages from the University of Texas at Austin where he studied Indian philosophy, the history of Indian religions, and Sanskrit. According to the film’s official website — which features a trailer —  Dalal has spent over four years in India studying Advaita Vedānta, the philosophy of non-duality, with traditional scholars and monks.

Having premiered to the world at the Santa Barbara Film Festival in Feb. 2014, where it gleaned a nomination for Best Documentary, “Gurukulam” is slated to show in New York City at the Rubin Museum of Art from Aug. 22 to 24.