The cricketer to give darshan at temple in Toms River, on August 30. 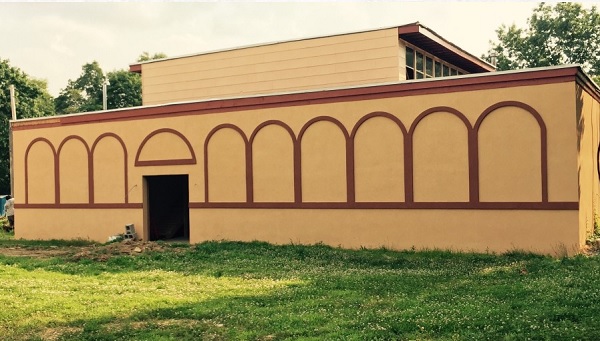 NEW YORK: If you are going to worship at the Siddhivinayak Temple in Toms River, New Jersey, on August 30, don’t forget to carry along an autograph book and your smartphone for selfies. Don’t forget a pen for that book too.

God may or may not give darshan at the mandir on that day – according to your beliefs – but there would be a human demi-god of cricket in person doing puja there between noon to 2 p.m.

No, not Sachin Tendulkar. He’s the ‘God of Cricket.’

Mahendra Singh Dhoni, the wildly popular cricket captain, and an ‘Almost God of Cricket’ in India, not to say the richest cricketer in the world, will be at the temple located on Lakewood Road, for those two hours doing puja.

Needless to say, it’s a coup for the organizers of the event, the Indian Cultural & Community Center.

Dhoni’s visit, which is likely coinciding with a private vacation, comes on the heels of the visit by India’s dashing batsman Virender Sehwag, who was present at the India Day parade held in New York City, on August 16th.

Interestingly, even Sehwag’s presence in Manhattan was complimented with some members of a tristate temple.

Some amateur musicians from Shree Swaminarayan Gadi Temple in Secaucus, New Jersey, played the Bagpiper Band, a venerable tradition of the Scots.

T20 cricket is caching on in the US, despite the US Cricket Board being stripped of its powers by the ICC. The next step would be the get the likes of Sehwag and Dhoni to play a few exhibition matches.

It’s going to be a perplexing experience for the locals on Lakewood Road in Toms River, too, on August 30. Not every day are they going to see a line of people stretching for a mile, outside the temple.

Is Tendulkar next in line for a visit to the US?