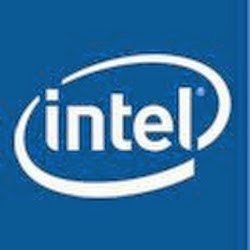 The great hope is that the Edison-powered apparatuses will help provide an insight into colony collapse disorder, otherwise known as the mysterious phenomenon of disappearing bees.

“Bee colonies are collapsing around the world and we don’t know why,” said Paulo de Souza, an official with CSIRO. “Due to the urgent and global nature of this issue, we saw the need to develop a methodology that any scientist could easily deploy,” he continued during an announcement of the collaboration with Intel.

The Edison Breakout Board Kit used contains Intel’s Atom computer system on a chip originally designed for mobile devices. Placed within a beehive, it monitors bee movement by communicating with RFID chips attached to the bees — similar to how an e-tag works in a vehicle to register road tolls, according to CNet.

The kit will send data to CSIRO’s Data Access Portal, where researchers will be able to build 3D models to visualize how bees are moving around, reported the San Jose Mercury News. That should help pinpoint threats to the creatures, which are responsible for pollinating about a third of the world’s food crops.

The technology was originally deployed in Hobard, Tasmania, where more than 10,000 bees are flying around with sensors on their backs.