Khan is from a family of musicians – an unbroken lineage that ran for more than 300 years. 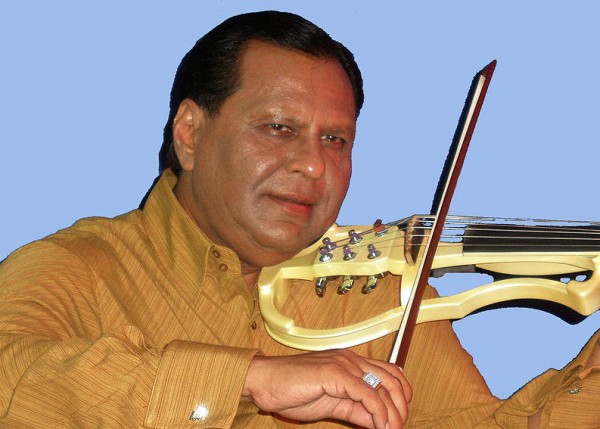 Pakistani American musician Dilshad Hussain Khan will mark the 50th year of his music with a performance at Sheraton Tysons Hotel in Tysons, Virginia, on October 11.

Speaking to The American Bazaar, Khan said, “I will showcase, over two hours, Western classical, American jazz, 500-year classical tradition of the subcontinent and Sufi music.”

The musician said he expects an audience of more than 500 people.

Khan, who is based in Northern Viriginia,  is an internationally acclaimed violinist, composer, vocalist, and musicologist from Pakistan. Besides South Asian classical music, he has also experimented with fusion.

Khan, who is from Delhi Gharana of music, grew up in a family of musicians, who devoted themselves to the classical music – an unbroken lineage that ran for more than 300 years. Seventh in the line, Khan not just tried to experiment and expand; he also extended the tradition by teaching music to his son.

Khan was the first chair violinist for the Pakistan National Orchestra, Lahore, where he has performed for 12 years, according to his bio. During that time, he founded the Pakistan Chamber Orchestra in 1974. However, his aspiration to learn and experiment led him to the western world.

In London, Khan learned western classical music. And later, he landed up in the US, which is his home now. He was awarded the American citizenship as an outstanding violinist.

Khan leads a music group named UDHK Music Maker, which travels around the world entertaining the audience. Over the years, the group has expanded its musical themes to western & eastern classical, Jazz and Blues apart from its traditional Sufi, classical and folk orchestral fusion, films and Ghazal music. He has also experimented with the educational music.

He has been giving performances in various countries including USA, UK, Spain, Germany, France, India, and Canada. The most recent endeavor is a lecture-demonstration on music concept at the library in Reston, Virginia.

He has produced music at Oxford, Cambridge, Redford and Columbia universities. He has done several programs on Voice of America Radio, Washington, D.C., BBC Television and several other International Channels.

Indian and Pakistani classical music has a great influence on Khan. He is a great admirer of sitarist Ravi Shankar and violinist Yehnudi Menuhim.

Comparing Khan to these maestros, London Gazette wrote in 1985: “Everyone has heard of Indian sitarist Ravi Shankar and violinist Yehnudi Menuhim and their success at bringing East and West closer together by fusing musical traditions. But there is a third – Dilshad Hussain Khan – a Pakistani violinist who has devoted his life to merging the two diverse musical heritages and who talks as enthusiastically about Ragas as he does about Concertos.”

He is the winner of the Best Musician Award 2001 from the UK. He has won awards from U.S. State and Labor Departments.