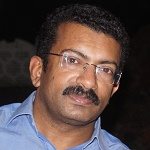 NEW DELHI: Many traders in China are now selling tiger and rhino part medicines laced with Viagra to reinforce a sex myth that has long conditioned the buyers there. In China, tiger bones and rhino horns pass off as aphrodisiac. Though experts say the effects are not proven, a huge market has thrived on the belief, leading in turn to the slaughter of hundreds of thousands of tigers and rhinos from India and other countries.

“There is no scientific evidence that consuming tiger and rhino parts brings any of the associated benefits,” says Belinda Wright of the Wildlife Preservation Society of India (WPSI). “It is all a load of nonsense.”

Nevertheless, given the danger involved in letting such a market stand, wildlife conservationists have been at work for years to wean the customers and reduce demand. But now renowned photographer and wildlife trade researcher Patrick Brown says that unscrupulous traders are tricking their customers with Viagra to try to retain the market.

Brown, who is based in Thailand, has spent the past 11 years documenting the wildlife trade in Asia for his book, Trading to Extinction. It was on his work visits to China that he discovered medicines induced with Viagra being sold in markets including those of Guangzhou, a key port in southwest China, well known for its exotic animal trade, and sale of traditional healthcare remedies.

“Rhino horns, especially, are very porous,” he says. “They can soak up the Viagra well when curried long enough in the treated liquid.

“It is a clever marketing ploy… The aphrodisiac angle always works!”

Traders, of course, have a case to continue to promote animal part medicines, considering that even a 250 ml bottle of tiger bone wine can fetch anywhere between RMB 450 to RMB 700 in the market. That is approximately $71 to $109 on conversion.

“Myths are revived and manipulated by traders only to spur profits,” says Khalid Pasha, associate director at Traffic, an arm of World Wildlife Fund that works closely with the government of India. “There is another myth doing round in Vietnam now that rhino horn medicines can cure cancer. It has led to a spurt in rhino poaching in South Africa.”

Tiger bones and rhino horns have been used in Chinese medicine since the 7th century. Its advocates and proponents, however, do not submit entirely to the Viagra theory. They say it might just be a down market activity among players who dabble in the spurious.

China’s Hunam Sanhong Pharmaceutical Company Limited, a company with a capacity to produce and sell 800 tones of its “True Tiger Wine”, says in its project report that the product is a decoction of tiger bones, caterpillar fungus, Chinese wolfberry, tortoise plastron, antlers and sorghum liquor, as defined in traditional medicine formulas.

The company does not list Viagra as one of the ingredient, although it does claim all the collateral health benefits for its brand of wine, including that of the sex booster.

Officially, since 1993, trading and business in rare animals is banned in China. However, companies such as Sanhong take cover of a little known order of the government allowing tiger wine production from the bones extracted from captive bred tigers.

Sanhong has even reported about its intention to turn to the 1,100 acre Hunan Sanzhen Tiger Incubation Base for the supply of tiger parts when its own stock of tiger bones runs out.

“The Chinese government has a notion that farming tigers will discourage the killing of wild tigers for their parts,” say Wright. But that hasn’t really worked. Wild animals continue to be poached, smuggled and traded to feed the Chinese markets.

Some years ago, WPSI along with the London based Environmental Investigation Agency (EIA), had through an undercover investigation, found that trade in tiger and leopard body parts continues in China, whilst driving India’s wild tigers closer towards extinction.

“The cost of killing and smuggling a wild tiger is far less than the cost of breeding a tiger in private. It takes thousands of dollars to rear one…,” says Debbie Banks of the EIA. “The trader naturally understands that economics well!”

That would entail the downing of at least 12 to 13 tigers.

That is an alarming data – more so in the face of World Wildlife Fund figures that only 3,200 tigers survive in the wild. Of these, close to 2,226 are in India, according to the 2014 statement of India’s Ministry of Environment and Forests.

(Shali Ittaman is a freelance consultant, who helps news organisations find their footing in the New Media space. In the past, he has held the positions of editor, timesofindia.com; editor – special projects, hindustantimes.com; and the new media head, Press Trust of India.)