The annual event got over in July; so where is Rahul Gandhi? 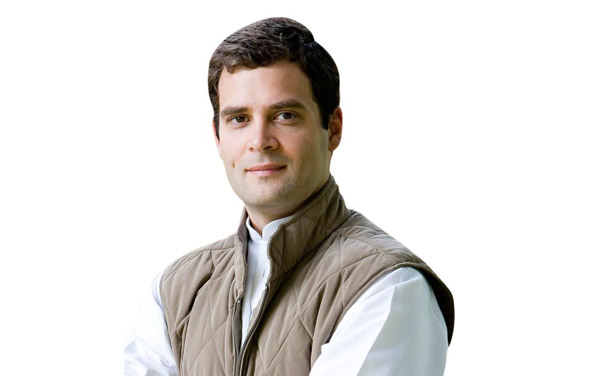 NEW YORK: The Congress Party is lying about Rahul Gandhi’s whereabouts in the United States, if indeed he is here in the country on a visit: the vice-president of the opposition party in India, the Indian National Congress, is not listed for any global meet or the ‘Weekend with Charlie Rose’ conference in Aspen, Colorado, located in the Rocky Mountains.

The Press Trust of India reported earlier today that Gandhi had left India to attend the ‘Weekend with Charlie Rose’ conference at Aspen, Colorado, as per Congress spokesperson Randeep Singh Surjewala.

“Rahul Gandhi is travelling to Aspen, US on a short visit to attend a conference. ‘Weekend with Charlie Rose’ is a conference where thought leaders from different walks of life like politics, finance, technology, media, medicine, sports etc. gather to deliberate on multiple issues,” Surjewala was quoted as saying by PTI.

Surjewala was responding to the Bharatiya Janata Party’s claims that Congress was forced to send Gandhi away from the country as their allies want him out of Bihar poll campaign.

BJP spokesman Sambit Patra took a dig at Rahul Gandhi over his visit to the US, saying it may be a “forced vacation” as, according to him, allies JD(U) and RJD wanted him away, said reports.

“It appears that the feedback the leaders of grand alliance got from Bihar made them call Congress to send him on a forced vacation because his stay anywhere near Bihar is going to harm their electoral chances,” Patra was quoted as saying.

Calls to The Aspen Institute, which has its headquarters in Washington, DC, but holds events also in Aspen, New York City and San Francisco throughout the year, revealed that the annual ‘Weekend with Charlie Rose’ conference got over in the first week of July this year.

Since its inception, in 2005, the festival takes place between the dates of June 25-July 4, according to Karen Peterson, Registrar and Conference Manager, Aspen Ideas Festival, which is what the annual event is officially known as.

This year, the conference’s theme was: ‘Smart Solutions to the World’s Toughest Challenges.’ Presented by the Aspen Institute in partnership with The Atlantic magazine, the Aspen Ideas Festival is the nation’s premier, public gathering place for leaders from around the globe and across many disciplines to present and discuss ideas and challenging issues. Some 350 presenters, 200 sessions, and 3,000 attendees comprised the annual festival this year, in July.

“I don’t see Rahul Gandhi listed as a speaker in any Aspen related event, public or private, in the past or in the near future,” said Petersen in an interview to The American Bazaar.

Asked if Rose himself selects the guests for the annual meet, Petersen said that though in the past Rose has been a featured speaker at the event, the last time he himself participated at the annual meet, was in 2012.

Petersen also checked other Aspen events where Rahul Gandhi might be a speaker, but could not find his name in the database.

“There is nobody by that name featured in any Aspen event,” said Petersen.

The list of public events in the town of Aspen which has a population of over 6,000, reveals that the major events listed for the months of September and October are a film festival and other entertainment related programs.

George Abraham, chairman of a faction of the Indian National Overseas Congress, and based in New York, in an interview to The American Bazaar, said that he had “not been notified” of any visit by Rahul Gandhi to the United States.

“When I met Rahul Gandhi in October of last year in New Delhi, he had told me he was keen to meet the Indian Diaspora here. But we have not been notified of anything. We wanted him to come here to talk of the Congress ideology, but this is anyway not a good time to visit the US with prime minister Narendra Modi also on a visit,” said Abraham.

Asked if it was disturbing to him that the whereabouts of Gandhi is again in question, following a controversial and mysterious almost two months’ sabbatical he took earlier this year, Abraham said that he is “not disturbed” by it.

“Rahul Gandhi does not have any official responsibilities in India, so he could be here on a private visit,” said Abraham.

But asked why the Congress party would then in that case not clarify that, Abraham declined to comment.

Lavika Bhagat Singh, the President of the officially recognized Indian National Overseas Congress, and based in the Washington, DC, area, said in a phone interview that she was not aware if Rahul Gandhi was in the United States.

The question is: where is Rahul Gandhi?

If indeed he is in the ski resort of Aspen, one of the wealthiest real estate destinations in the US, what is he doing? If he is on a private visit, why would the Congress not disclose that?