A fundraiser, mushaira were the feature off the evening.

Born on October 17, 1817, in Delhi, Syed Ahmad was bestowed with two titles, “Khan“ from the Indian viewpoint and “Sir” from the British Empire. Today, he is most commonly known as Sir Syed the educationist, modernizer, reformist and eventually leader of India’s once myopic Muslim community which after the final defeat of the Mughal Dynasty in 1857 had gone into a rapid decline. 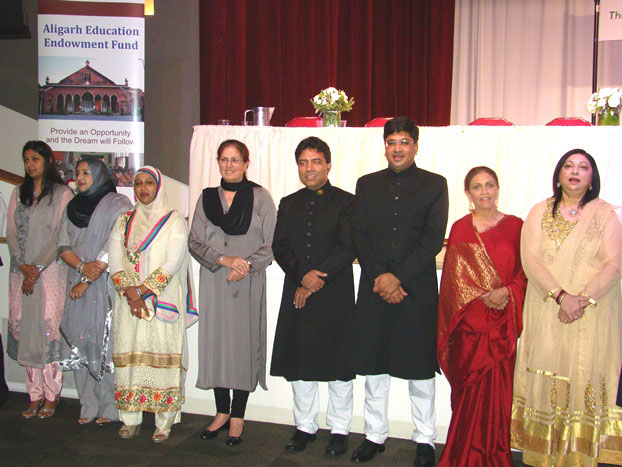 Black Sherwani attire is a signature of AMU events and remained quite visible at the event in Milpitas, according to a press release. Sir Syed Day formalities were conducted in two parts: the first focusing on AMU and Sir Syed, along with a fundraiser for the Aligarh Education Endowment Fund (www.aeef.us). The second part was an international mushaira, where Urdu poetry was recited by guest poets, some coming from as far away as Canada, India and Pakistan.

The formalities began with the traditional recitation from the Holy Quran by M.A. Sarodi. This was followed by an introduction of the evening activities by AMU luminary Amtul Suhail who also took the opportunity to thank all the event sponsors: Kamil and Talat Hasan, Ashraf Habibullah, Syed Sarwat, Jamal Qureishi, Ms. Reshma Hyder and Mifam team, Satish Dardal and Zaheed Kajani.

Dr. Shaheer Khan, a long-time AMU alumni leader and activist, elaborated on the Aligarh Education Endowment Fund (AEEF) with the help of a documentary. He informed that to educate a child through the AEEF costs just $10/month and 100% of the funds raised are spent directly on educating those in need. 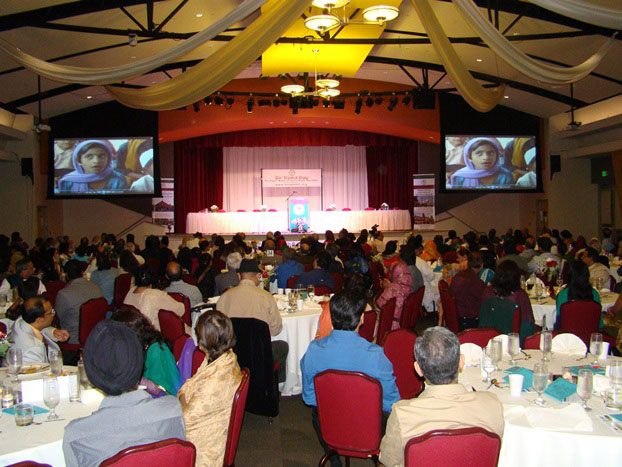 A breakdown of expenditures on various projects (Aligarh Modern School, Hamara School etc.) undertaken in the year 2014 and in 2015, were detailed. Khan also mentioned that the annual budget for this effort was approximately $100,000 and that $50,000 had already been raised so the target for the evening was the remainder.

In his official welcome address, AMUAA President Shachindra Nath said that Sir Syed had already given a powerful message on education. Nath stressed the importance of teachers in the educational mix. He added that besides students, it was important to start a program for teachers too.

The keynote address of the evening was delivered by Aurangabad, India-born and later Pakistani scholar, educator (mostly at the University of Karachi), linguist and leading Urdu poet, Professor Sahar Ansari.

Ansari, who has received two national awards from the government of Pakistan, said that Sir Syed was a very important part of the history of the sub-continent and that he was a practical person, a “doer” or implementer of ideas and not only a thinker.

At the mushaira, the Nizamat or segment emcee task was carried out by Perwaiz Jafri (from Houston) and the Sadarat or presiding role was reserved for the keynote speaker, Sahar Ansari. The lineup of poets included local Bay Area wordsmiths Aifra Ahmed, Ahmar Shehwaar and Hamid Narvi, as well as Ishrat Afreen (Houston), Rajesh Reddy, Sunil Kumar “Tang” and Tahir Faraz from India.