Interview with the founder of Myths and Mountains, Inc. 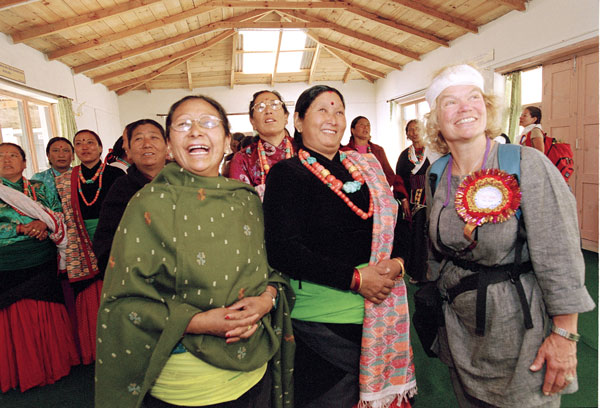 Myths and Mountains has been named one of the best adventure travel companies in the world by Travel & Leisure and National Geographic Adventure, and Dr. Neubauer was recognized as the top “Nepal Specialist” by Conde Nast Traveler, and is the “Trusted Travel Expert for Nepal and Bhutan on Wendy Perrin’s “WOW List.”

Giving back to the locals in regions where Myths and Mountains travels was a priority for Dr. Neubauer as soon as the company was founded in 1987. In order to achieve her goal, she established READ Global (Rural Education and Development) a non-profit organization whose focus is improving rural education and infrastructure in India, Nepal, and Bhutan.

An educator, former language teacher, and polyglot — she can converse in French, Spanish, Nepali, German, and Italian, as well as English — with a Doctorate in Educational Administration and a Master’s Degree in French literature, Dr. Neubauer has published articles and book chapters on such topics as Literacy in Philadelphia, business and education partnerships, and neuroscience within an educational context.

Again in 2009, the ANA honored her with their “Visionary Award.” In 2005, she received the International Visionary Award from the Northern Nevada International Center and in 2006 she received the “Global Citizen Award” at the UN sponsored “Walk the Talk” dinner in San Francisco. Most significantly, READ Nepal was honored with the $1,000,000 Bill and Melinda Gates Foundation’s Access to Learning Award in 2006.

In a phone interview to The American Bazaar, Dr. Neubauer talks about READ’s future plans in India, and how Myths and Mountains offers a different adventure experience. Excerpts from the interview: 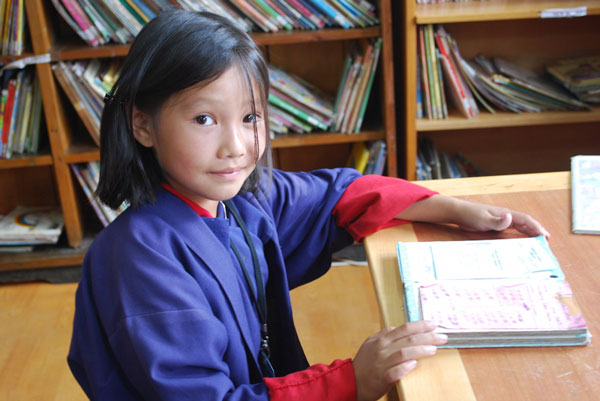 How is Myths and Mountains different from your run-of-the-mill travel company?

Myths and Mountains was incorporated in 1988. In those days, you had very few adventure travel companies. Since my background was education, we wanted to focus on context. What’s a country about, how do you design a program to see it, what are its crafts and it’s religions, pilgrimage sites, the environment, how people interact with it, natural medicines, natural healing… so it’s really getting inside a culture, something that was quite unique at that time, particularly in the travel industry.

One of the things that was equally unique, perhaps more so, is that because we were doing something special we wanted to give something back. We did things like putting doctors in the Amazon, putting roofs on schools, giving scholarships — the first Nepali woman to graduate from an American was someone we sponsored, for example.

But they were Band-Aids on bleeding arteries. One day, after a trek, I asked a Nepali leader, “If you could do anything in your village what would you do?” And he said, “I’d like a library.” With that, light bulbs went off.

Out of that came the concept of a business. If you build a rural library community center, if you seed business, it will generate enough income to both support the library, pay for teachers, and hopefully provide jobs and income for the community.

What is READ Global doing in India?

In 2006 READ won the Bill and Melinda Gates Access to Learning Award. Then, in 2007 we applied and received a grant to expand into Bhutan and India. Right now, we have approximately 17 libraries in India in all kinds of areas. We have libraries in places like Rajasthan, Manipur, Karnataka — pretty much throughout the different parts of the country.

What are READ’s plans for the future in India and the region at large?

At the moment the real key is to grow. India is a huge country. When you look at 17 to 19 libraries in India it’s a drop in the bucket. So the most important thing is to grow and to see the towns change as a result of that.

It’s interesting, one of my favorite places was a little town on the Agra-Jaipur road. It was a town that was dying. It was absolutely beautiful but everyone was leaving because jobs were almost nonexistent. We opened a library there and the whole town has changed. If you go back there today you’re going to see people who are earning money, people who are staying there, houses have been painted — it’s really unbelievable.

The real plans in India are to continue to grow and to continue to form partnerships where possible with different organizations. There’s a lot of commercial interest in India, more so than places like Bhutan and Nepal.

What were some of the tribulations you encountered operating in a male-dominated industry during your early days?

I guess in a way I’ve always broken into a male-dominated industry and it’s never really worried me. I remember applying to business school and having the interviewer say, “How would you feel at this school of 2,000 men?” I said to him, “That’s the dumbest question I’ve ever heard.”

I think if you know what you’re doing, it pays off — number one. Number two, when you look at the travel industry approximately 50 to 55 percent of the travelers are between the ages of 45 and 65. In a sense, they can identify with somebody like me. Particularly, as I get older. I’m old now — I’m 72. A lot of my travelers are the same age so we can relate to each other and that’s very helpful.

There are times when I wish I were a very tall, very handsome male mountaineer. I think there are times when that can be very useful. Such is life, I’m 5’1″ and there’snot a lot I can do about it! So you make the best with what you have.

Has Myths and Mountains had to address the regretfully regular accounts of tourists in India being sexually assaulted?

I have traveled to India extensively — there are very few places where I haven’t been. I have never personally run into any issues. I’ve always traveled with a guide, because when you’re white in a country with blonde hair and you’re a woman you stand out any way you could. So you do have to respect the dress, respect the culture, and so forth.

None of our people have ever had any trouble, ever. Is this an issue in India? Is the treatment of women an issue in India? Yes, there’s no question about that. But as a tourist, if you can take the proper precautions, if you dress appropriately, and things like that, there’s no reason to run into a problem. Heck, in New York City or Washington D.C. you can walk by a group of construction men having lunch and if you’re a woman in your teens or 20s wearing a pair of short shorts you can be sure they’re all going to whistle. I think the tourist has to be careful in terms of what she does and how she approaches it.

We’ve never had a problem with it, but it definitely is a problem. It’s something that needs to be dealt with.

Do you have a favorite locale abroad?

Often I tell people it’s like when I’m not near the girl I love, I love the girl I’m near, in terms of places. Actually, very honestly, one of my favorite places has always been Gujarat. I love it because it has incredible archeology, actually some of the most important archeology in India. It has fascinating wildlife and an amazing ecosystem. I also love the crafts. Rajasthan gets all the credit but a lot of the beautiful fabrics exist in Gujarat as well. And I love the history. It’s just a really interesting state in India.

I also love Ladakh. Frankly, I would rather send people to Ladakh than send them to the Chinese part of Tibet. The culture is much more intact in Ladakh. The festivals are much more interesting. The people are warm and open, you don’t have to worry about secret police, and the Chinese have decided they really don’t care about tourists so they jack up the prices in their section of Tibet, but Ladakh is still very reasonable. I think that’s another very interesting area of India to travel in.

India’s one of my favorite countries in the world. You do not come back the same way from India.

How have the dynamics of international travel changed over the nearly three decades that you have been immersed in it?

Oh, they’ve changed incredibly. Everybody and their seven uncles is now into travel, at least from the travel perspective in our country. Now you have the world of the internet, the local operators you’ve been working with for sometimes 30 years are now running their own businesses, and now the hotels that we work with are running their businesses to directly compete with the operators. Then you’ve got TripAdvisor so everybody is their own expert, and they think everything they read on there is God. It’s a totally different world. Everybody’s an expert.

As an expert traveler yourself, what is the most poignant advice you could give an aspiring international explorer?

I really think the most important thing is the concept of sharing. In other words, there’s so much we have to learn from people in other cultures. Too often, we go with our own rose-colored glasses, and we assume we’re going to teach. It’s really the sharing, the openness to what somebody else has to say, the effort that one makes to understand a world that is vastly different from our own.

I’m somewhat of a philosopher and I think sometimes with a country like India so often you get travelers who are going to seek something they feel is missing in their own lives. Much as one loves to travel and much as one loves learning and seeing, I really think the real treasures are in our own homes, and in our own hearts. Yet we go to a strange land and have a stranger tell us where to look for this treasure. So that, to me, is another piece of what travel is about. It teaches us what the treasures in our own world really are.