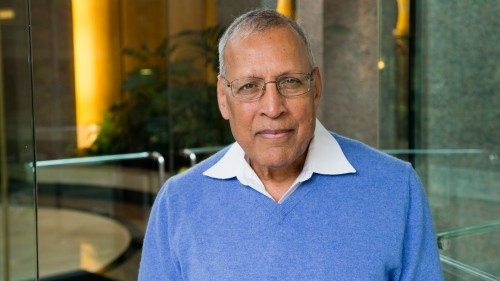 Bhagwati Agrawal, an Indian American social entrepreneur, has advanced into CNN’s Top Ten Heroes of 2015 for creating a rainwater harvesting system that provided safe drinking water to more than 10,000 people across six villages in Rajasthan.

In Rajasthan, water scarcity is severe and people have to walk miles to collect water. Agrawal’s system called ‘Aakash Ganga’ (River from the Sky) is a network of rooftops, gutters, pipes and underground reservoirs that collect and store the monsoon rains, which fall from July to September.

Agrawal’s nonprofit organization, Sustainable Innovation, works in the fields of rainwater harvesting and low cost healthcare service.
CNN has set $100,000 for the Hero of the Year award and each hero will receive $10,000. The awardees were elected on the basis of readers’ votes and they will also get a free organizational training from Annenberg foundation.

“The way I look at it, I’m 70 years old. I only have maybe 10 years left of active life. Right now I’m like Usain Bolt, the sprinter. And I will run very fast to accomplish this mission”, Agrawal said to CNN.

Agrawal is the recipient of $100,000 Lemelson-Massachusetts Institute of Technology Sustainability Award, Energy Globe World Award for social innovation and World Bank Development Marketplace awards (twice) for rainwater harvesting and for delivery of healthcare.