Young, urban India is in search of knowledge, through mythology. 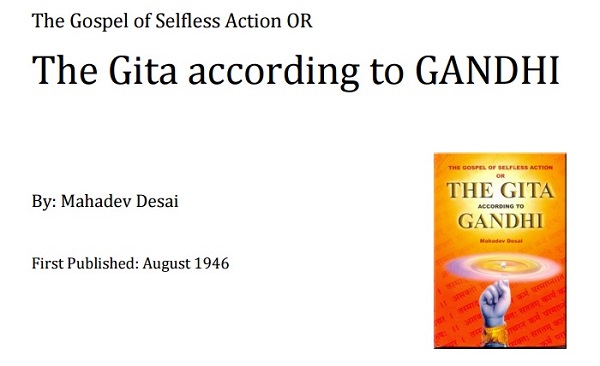 NEW DELHI: The young urban India is now making a great embrace of the series of novels, which has as its setting a plot or sub-plot of the epics of Ramayana or Mahabharata. It is in a celebratory high with readers across generations having something to say about a long lost character which they have rediscovered from one of these new books.

The Indian diaspora across the world is too fast catching up with this trend, in this process, rediscovering its roots.  Any book with a tinge of religion, mythology, miracle, battle or so, is scaling new heights. Throughout the world, people are reading everything that gods, goddesses, demons and devils have to offer through the fascinating story tellers of the region.

Many of the authors have become an instant success of sorts. Amish Tripathi for instance, the graduate from the temple town of Uttar Pradesh, who had his studies at St. Xavier’s Mumbai and IIM, found his Siva trilogy sell 2.2 million copies. The retail sales ran to approximately six hundred million in Indian rupees. It is to be seen whether he would be able to break his record in sales with his new Scion of Ishkavu. It is to be seen as to whether Rama would ultimately beat Siva!

Though this fascination for mythology and ancient wisdom are not new and picked up from mid- 2000, it assumed a feverish pitch though, only in the last few years. Even as Tripathi, Banker and others have been catering to the middle cohorts, there has been Debdutt Patnaik, who through his writings has been able to cater to different groups across generations.

In fact, middle aged parents are catching up with this world of mysticism and religion, through some of Patnaik’s  books written for children.  The books for children are crafted in such manner that they have accompaniments in the form of illustrations, cartoons, and overall,  really simple English.

Integrating the epics to the world of managerial ethics has been Gurcharan Das, whose The Difficulty of being Good, has been able to appeal to the corporate boardrooms worldwide. Of late, rather than language experts, it is intellectuals from other fields who are in this field of translation of epics.

Bibek Debroy, economist and NITI Aayog member otherwise, has a multi-volume translation of  Mahabharata and Gopalakrishna Gandhi has one on Thirukurral. Many versions, interpretations and translations of Gita catering to different age cohorts are in the pipeline of different publishing houses. Debdutt Patnaik’s version of My Gita is expected, another one which has entered the market already is Gita for Children by Roopa Pai.

While the tele-serialization by Ramanand Sagar brought the epic to the homes through the television in the  early nineties, Uncle Pai through his  Amar Chitra Kathas  introduced generations to the world of myths, tales and folklore in style through the decades.  Prior to all of this, the only source for the interested were the lucid texts of Ramayana and Mahabharata by Rajagopalachari, and the texts by Radhakrishnan on Indian philosophy.

Agreed that writings based on mythology and religion are at an all time high in our country, but wasn’t there another period in history,  when  Gandhi took to the  Gita, and Rajaji was an avid writer on the  epics, and Radhakrishnan, a brimming source of knowledge on diverse themes in Indian philosophy?

But into the fifties, mesmerized by the project of modernity unraveled by  Nehru, Mahalanobis and others, when dams became  the new temples of modern  India, when catching up with the west in science and technology was considered to be the only  panacea for underdevelopment,  writings  in the genre of Radhakrishnan-Rajaji-Gandhi sort of  philosophical interpretations of religion had to wait.

Few of us would know that Gandhi’s introduction to Gita was through the translation by Edwin Arnold’s The Song Celestial. Impressed by the range of ideas in the text, Gandhi attempted a translation in Gujarati to reach the text to the masses. But, later, Mahadev Desai translated Gandhi’s text into English, which is what we know as Gita according to Gandhi.

It is indeed interesting to note that Edwin Arnold, who came to India as Principal of Deccan College, Pune, and who nurtured interests in the ideas of the east, was instrumental in reaching out the essence of Gita and Buddhism, not just to the rest of the world, but also to the leader who led the largest anti-colonial movement in the world.

To know as to what influence The Despondency of Arjuna had on Gandhi, towards crafting the anti-colonial struggle, one has to read Gita according to Gandhi.  It has Bible and Koran in it. Indeed, Gandhi’s Gita is a case of what  Radhakrishnan has characterized as “free sharing among religions which no longer stand in uncontaminated isolation”.

Good that urban India is fast catching up with the long lost characters of our great epics.  But at the same time, it is even great news that the difference in gender enrolment ratios in rural Bihar is witness a steep decline. So as urban cosmopolitan Indians from Silicon Valley to New Delhi are fast  catching up with ancient mysticism, young Bihar is catching up with titration experiments in the laboratories. If the first is great, the second greater.

But will this saga of writings based on religion and mythology continue, or will it come to an abrupt end?  Didn’t we find murky reactions during  the same period against Wendy  Doniger’s Hinduism? Against A K Ramanujan’s Three Hundred Ramayanas? Be rest assured, once the current trends with  Ram and Shiva fades, it would be followed up with novels based on “anti-heroes”. We might have the Minister of Culture acting with his scissors of censorship.

Or can we expect writings like that of Paula Richman’s Surpanakha, Iravati Karve’s Draupadi , or Ramanujan’s Three Hundred Ramayanas  again in these times?