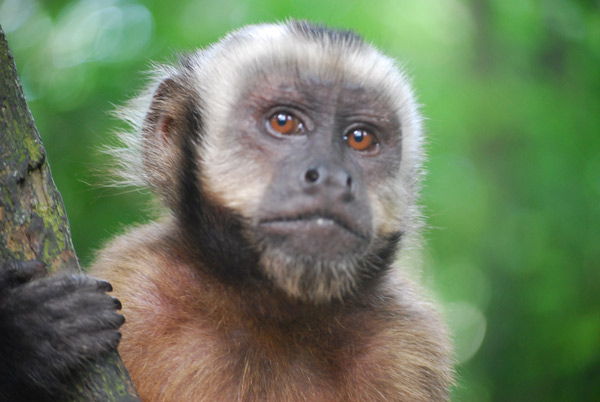 A study conducted by an international team of scientists has revealed that howler monkeys with the loudest vocalizations are in fact compensating for smaller testicles.

Dr. Jacob C. Dunn and his team of researchers published the results of their study titled “Evolutionary Trade-Off between Vocal Tract and Testes Dimensions in Howler Monkeys” in which they found that the primates can only have either a bigger and deeper voice for mating calls or bigger testes for a more abundant supply of sperm — but not both.

Dunn and his team used 3D laser scans to analyze the size of the howler monkeys’ vocal organ, called a hyoid, which is a cup shaped chamber in their throat that acts as an echo chamber.

The researchers found that males with large hyoids and deeper roars but more diminutive testes live in small social groups with often only one male dominating a number of females – a “harem” social model.

Males with bigger testes and smaller hyoids live in large groups with up to five or six males where the females mate with all males in the group.