Bohunka Kosova spent some time with gypsies in Rajasthan desert in India. 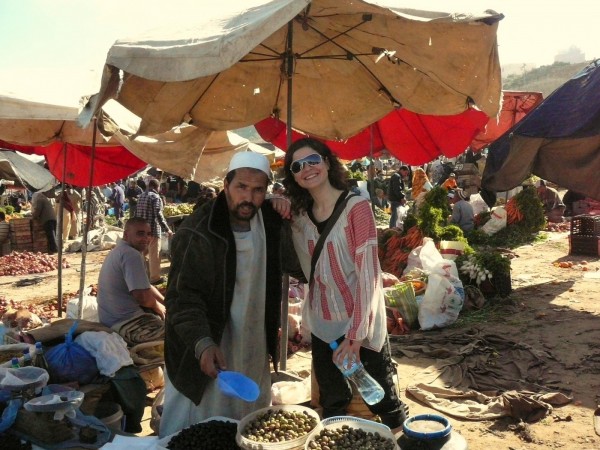 Bo on the road, as Bohunka Kosova calls herself, a surf girl from the Czech Republic, solo traveled 10 months through South East Asia and filmed locals cooking as authentic as it gets.

The countries she has traveled, filmed in and surfed recently are India, Sri Lanka, Vietnam, Thailand, Indonesia and Malay part of Borneo.

Speaking about her travel, Kosova said that it was amazing to see in which conditions it is possible to make incredibly mouth-watering delicacies. With no stove, no electricity, no special tools for each step of food preparation like we are used to in the “West”, where we have a special knife for bread, different one for meat, different one for cheese, different one for the vegetables. Blender for this, slicer for that, egg cooker, water kettle, coffee maker… and tens or even hundreds of other tools we need not only space for, but money too… that is another story though.

So Kosova found out, that the best instant charcoal are dried coconut skins, the best baking “tin foil” is a banana leaf, the best pot is a clay pot and the best stove is an open fire.

All that ‘Bo on the road’ captured in her authentic video recipes is being published on Authentic World Food YouTube channel and website www.AuthenticWorldFood.com.

An example of a video of gipsies making chapatti in a village in Rajasthan desert, India:

Kosova spent some time with fishermen in Vietnam, with gypsies in a desert in India, taught English in a bamboo school in Indonesia, was helping with food preparations in Golden temple in Amritsar/India (temple, where tens thousands of people are fed daily for free), was serving food to monks at Sanghika dana ceremony in Sri Lanka, got very sick in India, got stolen passport in Vietnam and had to interrupt her travels.

She says, “All these adventures are not only experiences not to be forgotten, but the best school ever as well”.

To learn more about the surf girl check her fun photo story. You can find a video summary of her work on YouTube: