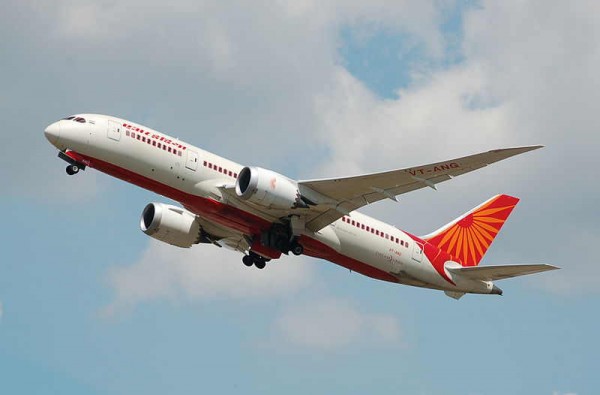 Washingtonians might soon be able to fly nonstop to India soon.

India’s Civil Aviation Minister Ashok Gajapathi Raju said in New Delhi that Air India is considering a direct flight from the US capital.

Raju was speaking at an event on Saturday, hosted by Air India, ahead of the launch of its new direct flight from San Francisco, which starts on December 2.

The carrier had briefly operated a flight from Washington to India via New York a few years ago. But it lasted only a few months. Passengers were required to do the immigration checks in New York, which many found inconvenient.

The Press Trust of India reported that Air India is now “considering starting a direct flight to Washington as well as serving new cities in the US soon after it launches its services to San Francisco.”

From AB Archives: Air fares to India may go up because of United, American, Delta lobbying against Gulf airlines

Until now nonstop flights to India have been available from only two metropolitan areas, New York and Chicago, and two Indian cities, Delhi and Mumbai. Only two carriers operate nonstop flight between the two countries: Air India and United, which has 14 weekly flights.

At the moment, Air India operates 21 weekly flights. But that number is set to increase by another three with the launch of its San Francisco operation next week. From San Francisco, it will operate three days a week, Wednesday, Friday and Sunday.

United operates daily nonstop flights from Newark to both Mumbai and Delhi.

PTI quoted a senior Air India official as saying that, apart from direct services to Washington, “the carrier would be looking at the feasibility of connecting more number of cities in the US from various places in India.”