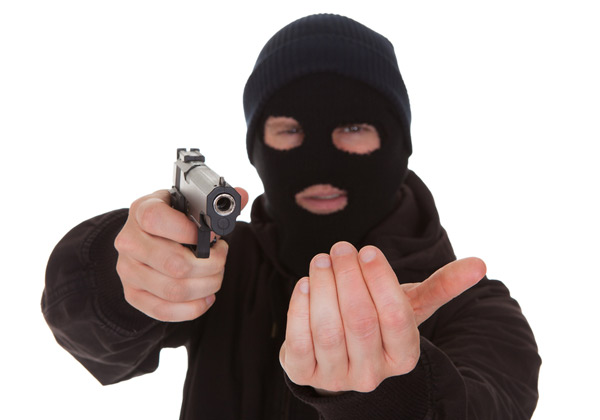 A Buddhist monk, 61, was attacked and robbed as he bought lottery tickets at the Sunoco Mini Market on South Broad Street, Philadelphia, on January 3.

A video from the store camera surveillance system captured the robbery, reported the Daily Mail.

The monk was purchasing tickets from a machine at a Sunoco store when a black man approached him and snatched his wallet, along with $350.

Surveillance footage shows the monk, who was wearing orange robes, inserting cash into a lottery machine, the Mail reported.

The thief is seen harassing the monk and as he turns his back to use the machine, the robber quickly grabs the Buddhist’s wallet and makes for the exit.

Giving chase, the monk runs after the robber and catches up with him as he tries to get into his Silver Ford Mustang, which was parked out front.

The monk grabs hold of the thief, but is thrown to the floor as the robber, who was wearing a dark blue jacket and a black and white baseball cap, tries to escape.

The video then shows him jumping into his car and making a hasty getaway as the monk watches in despair.

The robber’s Mustang was carrying a Pennsylvania license plate of JHY-3783, Philly.com reported.

Philadelphia Police Department urged anyone with information to phone 215-686-8477.