He will be in the US till end of February, says report. 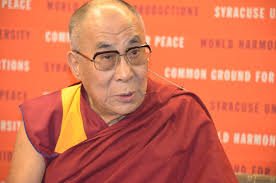 The Dalai Lama is at the Mayo Clinic for treatment of a prostate condition, reported the Associated Press.

The clinic in Rochester, Minnesota, said in a statement Wednesday that the 80-year-old Tibetan Buddhist leader is being treated for a prostate condition “that is common for men of his age.”

The statement says his doctors report no major concerns and expect he will “respond well to treatment and make a full recovery.”

The Dalai Lama previously said he was traveling to the United States for prostate treatment and a medical checkup, although he had no “specific health complaints.”

In September, the Dalai Lama canceled a series of appearances in the United States on the advice of his U.S. doctors. He was told to rest for several weeks after a medical checkup, the AP reported.

Voice of America earlier reported that the Dalai Lama’s treatment will be followed by a period of rest from the end of January 2016 for approximately one month.

Dalai Lama is expected to resume his regular engagement schedule in March. His media representative in New Delhi, Tempa Tsering, said the Dalai Lama’s health is excellent as described by his physicals, and he has just completed a month-long Buddhist teachings in the Tibetan settlements of Bylakuppe, South India, the VOA report said.