Film is based on mass evacuation of Indians from Kuwait in 1990. 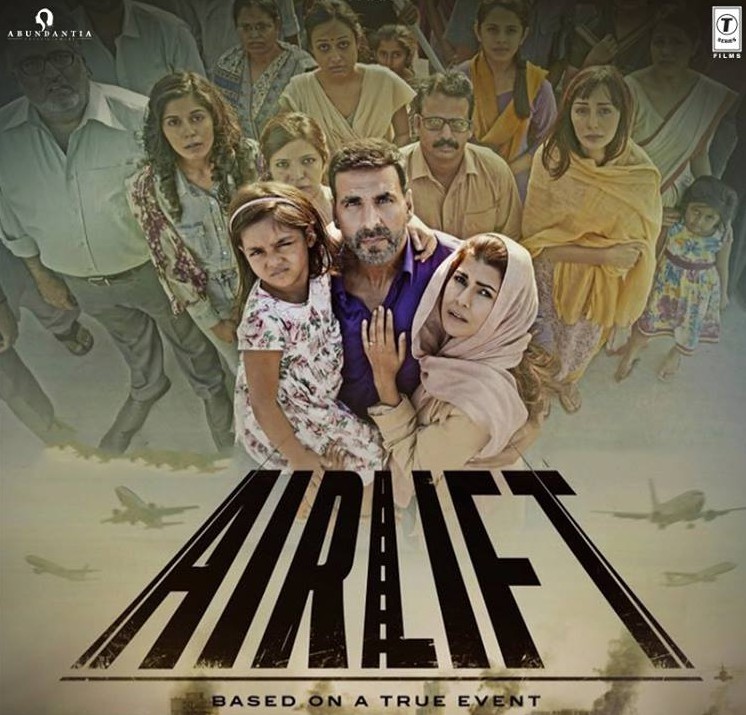 Directed by Raja Krishna Menon, Airlift features the evacuation of 170000 Indians from Kuwait in 1990 when Iraq invaded the country.

The film revolves around Ranjit Katyal, a well-known businessman based in Kuwait. Being a successful business tycoon, money was the only consideration for Katyal.

But watching and experiencing the agonies a refugee community turns him into a savior. A man, whose first priority was to escape himself and his family from the country which was in turmoil, becomes the rescuer of 170000 people.

Showing the emotions of people who face the horrors of war and the attitude of governments and bureaucracy towards the refugees, the supporting cast of Prakash Belawadi, Inaamulhaq, Purab Kohli and Kumud Mishra also did their part well.

#Airlift keeps flying higher and higher! We are so proud and happy! Thank you all very much! pic.twitter.com/yK06YldFXV