Trehan is an alum of BITS Pilani. 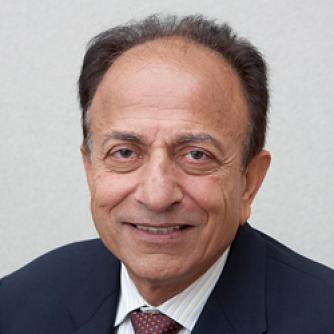 President Barack Obama has appointed Ranvir Trehan, an alumnus of the Birla Institute of Technology and Science in India, as general trustee on the Board of the John F. Kennedy Center for the Performing Arts in Washington, D.C. “These fine public servants bring a depth of experience and tremendous dedication to their important roles. I look forward to working with them,” Obama stated in announcing the Indian American executive’s appointment along with five other individuals.

Dedicated to the memory of President John F. Kennedy, the Kennedy Center is the busiest performing arts facility in the U.S. and annually hosts about 2,000 music, dance and theater performances for audiences totaling nearly two million.

It also supports artists in the creation of new work and serves as a leader in arts education.

Trehan, who came to the U.S. in 1964 after receiving a BS from BITS, is chairman of the Trehan Foundation, a philanthropic organization he founded for giving primarily for international development in 2003. It is focused on global poverty, as well as a performing arts center and human services.

Previously, Trehan was vice chairman of Apptis Holdings, Inc. from 2005 to 2011 and was founder and CEO of SETA Corporation from 1987 to 2005, according to the White House.

Trehan was a department head of Information and Communications Systems from 1985 to 1987 and a member of the technical staff from 1969 to 1985 at The MITRE Corporation.

At over 30, Obama administration has more Indian Americans working in top jobs than any other previous U.S. government.