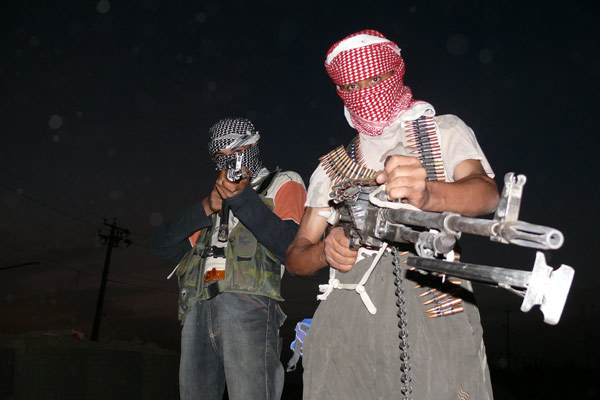 A study supported by the European Union revealed that seven Indian companies are included in the explosives supply chain of ISIS. A total of 51 commercial entities from 20 countries across the world are providing components to ISIS and the militant group makes Improvised Explosive Devices (IEDs) using the components.

“Seven Indian companies manufactured most of the detonators, detonating cord, and safety fuses documented by CAR’s field investigation teams. Under Indian law, transfer of this material requires a license,” said the report.

The report noted that “IS forces have manufactured and deployed improvised explosive devices across the battlefield on a quasi-industrial scale. Responsible for a large number of civilian and military casualties, these improvised bombs endanger and significantly delay ground operations against IS positions while threatening the safe return of displaced populations.”

The study was conducted by Conflict Armament Research (CAR).

The components exported by these companies include detonating cord and safety fuse.

These companies are unaware of the end users of the components as they export through middlemen. The study revealed that the components are reaching the hands of ISIS through Lebanon and Turkey.

However, the report doesn’t cite any connection with the companies and the militant group. It also said that the components were legally exported from India under valid government licenses.

“Our product, namely safety-fuse, is an explosives accessory. Moreover, we have never exported our product directly to Lebanon or Turkey. Most of the time, our products are produced by us and exported by merchant exporting companies like Solar Industries, Economic Explosives, Premier Explosives and Ideal Industrial Explosives — all explosives manufacturers,” Jay Khemka, general manager of Chamundi Explosives, was quoted as saying by Indian Express.

“Neither our company nor our sister company, that is, Ideal Detonators Pvt Limited have exported any products to Lebanon and Turkey. The allegation said to have been published in the (CAR) report is false and baseless,” Ideal Industrial Explosives told The Indian Express.

According to the report prepared after 20-month long research, Turkey tops the list with 13 companies followed by India. Other countries from which ISIS get supplies include US, Brazil, Romania, Russia, the Netherlands, China, Switzerland, Austria and the Czech Republic.

The terrorists also use Nokia 105 mobile phone for remote detonation.

CAR’s executive director James Bevan said, “These findings support growing international awareness that ISIS in Iraq and Syria are very much self-sustaining — acquiring weapons and strategic goods, such as IED components, locally and with ease.”

CAR suggests that mere licensing is not adequate and more strict rules and regulations are necessary to curb the supply of explosive components to the ISIS.