Irani had earlier urged to hoist tricolor flag in universities.

By Sreekanth A. Nair. 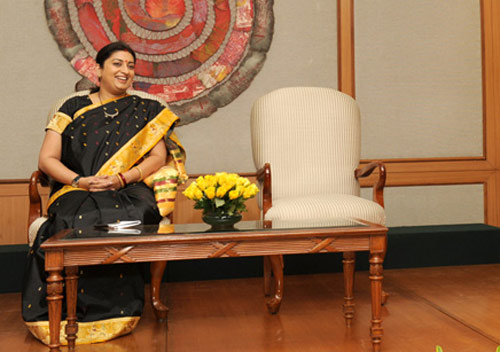 After the decision to hoist the tricolor flag in all central universities, Human Resource Development minister Smriti Irani has decided to use the army to teach patriotism in universities controlled by the central government, reported India Today.

The decision of the ministry to hoist the tricolor flag of a specific dimension in all 46 central universities that comes under the control of the central government had got mixed response from society with the BJP supporters terming it as a patriotic move and the opposition calling it an action to label students anti-national.

The decision to hoist the flag was taken in a meeting of the vice-chancellors of central universities chaired by Irani last month.

Jawaharlal Nehru University (JNU) was selected as the first place to hoist the flag as it is the center point of a series of protests held recently following the arrest of JNU students union president Kanhaiya Kumar, after anti-India slogans were allegedly raised at a program held on the university campus.

The program was conducted in the memory of Afzal Guru, a convict in the Parliament attack case who was hanged to death.

Sedition charges were slapped against Kumar and other students, including Umar Khalid and Anirban Bhattacharya. The Narendra Modi government, including Irani, came under severe criticism following the arrest of the student leaders.

On Tuesday, some JNU students held a protest march from Mandi House to Parliament demanding the release of Umar Khalid and Anirban Bhattacharya. Kumar, while addressing the protest, demanded Irani’s resignation for targeting academic institutions.

There were no details on how Army personnel would play their part with students in central universities.