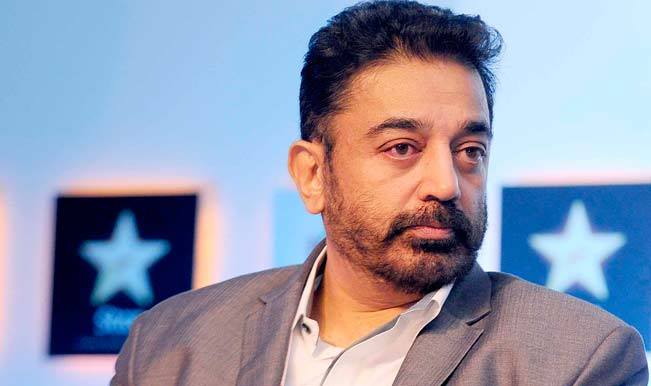 PHILADELPHIA: Legendary Indian actor Kamal Haasan has urged students of the prestigious Wharton School of the University of Pennsylvania to be part of the ongoing skills development mission in India. “I request all of you to study the purpose of this endeavor and offer your mind to this grand cause,” he said, speaking at the Wharton India Economic Forum in Philadelphia on March 26.

The actor-director, who heads the Media & Entertainment Skills Council of the Federation of Indian Chamber and Commerce — which was set up the Government of India’s National Skills Development Mission — said there is a consensus in the country that “skill development is the need of the hour.”

“You can find that opportunity to help India by helping Skills council,” he said, adding that it “will make India a better place and world a better place.”

The 61-year-old Haasan, who won a President’s Gold Medal for his performance in the Tamil movie Kalathur Kannamma at the tender age four, said that, “We, with the collective wisdom, can bring about any change” and exhorted the students to “join the revolution that all will be proud of.”

The Pushpak and Ek Duuje Ke Liye star was one of a number of prominent speakers from the United States and India that addressed the daylong forum, held at the historic Union League of Philadelphia.

In his address, Ambassador Singh described the United States as an “indispensable partner.” He said that there are three “fundamental attributes” the two countries have in common that have made the relationship “worthy of mutual investment”: the “multicultural and pluralistic” nature of the two societies; the two countries’ commitment to “strategic autonomy,” and the “the energy of our peoples.”

Badinehal, one of the founders of the Wharton India Economic Forum when it was launched two decades ago, talked about its early days. The mission of the forum was to educate about India, to engage with it and to contribute to the country, he said.

This was the second Wharton India Economic Forum held this year. The first one was held in Mumbai on January 5, 2016, which focused on the start-up competition and start-up ecosystem in India.

Representatives of the two winners of the competition, Ketto and Kheyti, were also among speakers on Saturday. Ketto was the grand prize winner, while Kheyti was the people’s choice award winner. The competition attracted 750 startups, according to the school.