Truschke is author of ‘Culture of Encounters: Sanskrit at the Mughal Court’.

NEW DELHI: Mughal rulers patronized Sanskrit literature in their courts, especially between AD 1560 to 1660, and also took up Persian translations of epics like the Mahabharata and the Ramayana as ambitious projects, says scholar Audrey Truschke in her book ‘Culture of Encounters: Sanskrit at the Mughal Court’.

Truschke, an assistant professor of South Asian History at Rutgers University, says that Hindu nationalism is deeply tied to colonial ideas and rewriting the past is a “dangerous activity”. The author also says that she faced backlash from Indian right wing groups against the book, published by Penguin Books India.

Excerpts from an email interview:

Q: Your book ‘Culture of Encounters’ comes at a time when there is a perceived effort to demonize and rewrite Mughal influence in Indian history. How do you view this?

A: The Mughal empire is a critical chapter in India’s long, diverse history. I think that it is essential for future generations to learn about the Mughals and the Indo-Islamic past more broadly.

Q: The book has revealed how Mughals patronized Sanskrit. Do you think it has helped the language flourish?

A: It is difficult to assess the degree to which Sanskrit was dependent on courtly patronage during the Mughal period. I would need more data from elsewhere in India in order to answer this question.

Q: What made you research on a subject like the patronage of Sanskrit in Mughal courts? What were the cultural, academic and social challenges you faced?

A: A combination of my language skills (I read both Sanskrit and Persian) and my interests led me to this topic. I have more recently faced some popular backlash against my work, mainly from the Hindu right.

Q: Was the Mughal court’s decision to translate the Ramayana and the Mahabharata more of a political necessity than a literary urge?

A: The Mughals did not fully distinguish between political and literary aims. On the contrary, they expressed and pursued political goals through literature, and so the translations of the Indian epics were about both aesthetics and power.

All translations point up the limits of understanding across cultural and linguistic divides. The Mughals found certain aspects of the Indian epics difficult to translate, such as some of the religious scaffolding of the texts, and so adjusted these aspects accordingly.

Q: What has been the impact of British rule in India in demonizing the Mughals as anti-Hindu?

A: The British attempt to demonize the Mughals carries on today in the efforts of Hindu nationalists, who have gobbled up this colonial argument. Today two major impacts are the ongoing suspicion of Indian Muslims and the persistence of the troublesome notion that somehow Hindu and Indian are collapsible into a single identity.

Q: There is a perception in some quarters that Aurangzeb is being overtly demonized by the current political dispensation in India. Though he was instrumental in the destruction of many temples, the number of Hindus in the Mughal courts was the highest during his reign.

A: Yes, Aurangzeb is being historically demonized in India today. He destroyed some Hindu temples, although he protected many more. He killed some Hindus who opposed the Mughal state, such as Sambhaji, but he also welcomed willing Marathas into the Mughal administration to the extent that they outnumbered Rajputs at one point.

My argument is not that Aurangzeb was not as bad as we think, although that is probably true. Rather, I contend that we should strive to treat Aurangzeb with historical rigour and understand him on his own terms. This is a basic mission of historians, and I think that we stand to learn about pre-colonial India if we come to a more historically-grounded interpretation of Aurangzeb and his impact on the subcontinent.

Q: India is witnessing an emergence of Hindu nationalism. As a historian, how do you evaluate the trend? Also how worrisome are the attempts to rewrite history?

A: Hindu nationalism has a particular history that is deeply tied to colonial ideas, as I have written about elsewhere. Hindu nationalism faces a significant problem, however, which is that it advances historically bogus claims. Hence the need to rewrite history arises. 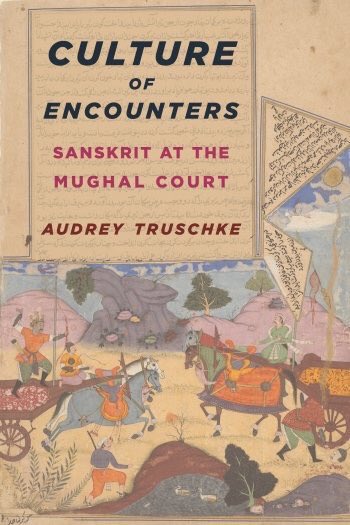 Rewriting the past is a dangerous activity with potentially serious repercussions in the present and future. Hindu nationalist attempts to simultaneously villainise and erase Indo-Islamic history go hand-in-hand with casting aspersions on modern Muslims and bode ill for religious tolerance in India.

Q: Your book says “Indo-Persian court histories often obfuscate the importance of Hindi as a spoken vernacular in the Mughal imperium, and that it was on the ascent in the 17th century”. Could that be the reason for the decline of Sanskrit?

A: Possibly, but we would need to explain why it suddenly became a problem that Sanskrit was an elite language. Sanskrit had been used for thousands of years in India, and at earlier points the language even attracted people (such as Buddhists) who had previously written in more accessible tongues. I am not convinced that Sanskrit’s limited reach is responsible for its demise, especially since the written versions of vernacular languages in the seventeenth century were hardly accessible to everyone.

Q: Persian translations are an eye-opener to how theological interpretations have been given to both the Ramayana and the Mahabaratha to juxtapose Hindu Gods as intermediaries between humans and Allah. You have extensively explained the use of gushayandah (solver) and rahunama (guide) in the translations. Please comment.

A: There is no set relationship between God and the gods in Akbar’s Persian Mahabharata. At times, Hindu deities occupy a middleman position between people and Allah. At other times, however, Allah replaces Hindu gods, such as Brahma. I argue that the Mughal translators necessarily understood the religious landscape of the Indian epics as mediated through Islam. Accordingly, they introduced Allah as needed to make the Mahabharata intelligible to readers who had an Islamic background but who were relatively unfamiliar with Hindu traditions.

Q: The Mughal translators have adopted a severely shortened Bhagavad Gita, a text considered as the soul of Hinduism, to a few pages. Do you think it was necessitated due to social, political or religious reasons?

A: I think that the Bhagavad Gita made little sense within the Mughal concept of the Mahabharata as a book about India’s past. For the Mughals, the Mahabharata was what the Brahmins understood to be Indian history. The Gita was arguably a digression from this narrative, from a Mughal perspective, and in any case the Gita was theologically awkward within an Islamic worldview.