WASHINGTON, DC: The Embassy of India hosted a warm reception to celebrate the festival of Baisakhi on April 23 at the embassy residence here.

In spite of rain, the spirit of the people was not dampened. The Embassy had initially set up the stage, sound system and sitting arrangement outdoors, but when the rain started to pour, all the guests were hurriedly moved inside into the big hall of the embassy residence and the celebrations continued.

A colorful cultural program and warm freshly made Indian sweet jalebi welcomed the guests. People lined up to get a taste of the fresh jalebi out of the frying pot.

Over 200 people participated in the celebrations, including prominent Indian American community leaders, and professionals in the area. 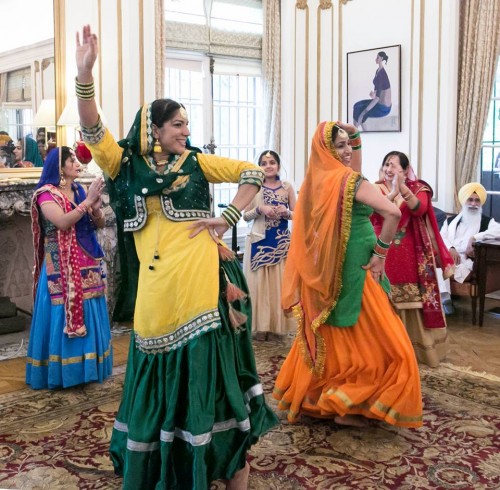 The program started with a “Shabad” (an invocation) —  “manas ki jat sabhe eke paihcanbo” — recognize all of mankind as a single caste of humanity. It was sung byBhai Kirpal Singh of the Sikh Foundation of Virginia, accompanied by Bhai Onkar Singh and Bhai Karam Singh. 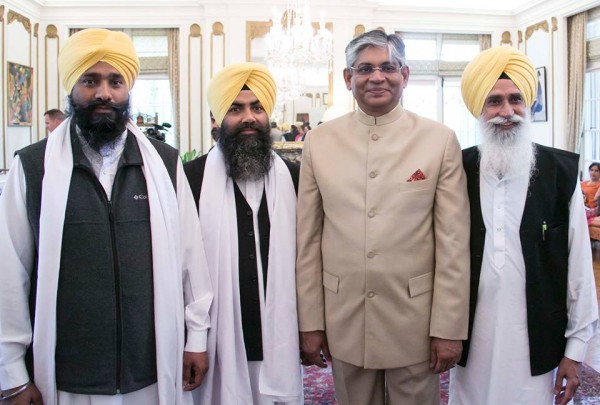 Ambassador Arun Singh in his greetings to the members of the Panjabi community said that the gathering was both to mark the auspicious occasion and to recognize the contributions of the Sikh community in the United States.

Reflecting on their rich contributions over the years to India-U.S. relations, Singh recognized the Sikh community in the U.S. as the pioneers among the Indian Americans embodying the spirit of India, who also gave the first Indian American member of U.S. Congress, Dilip Singh Saund. He said the Indian Embassy was committed to the welfare and progress of the Sikh community in the United States. 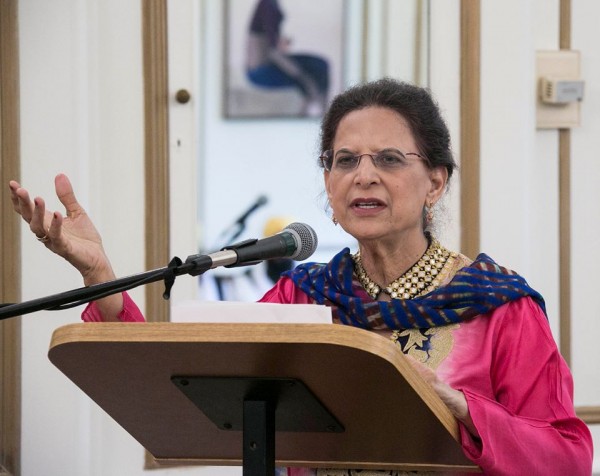 Dr. Pavanjit Kaur Sawhney, a neurologist and a Sikh scholar, talked about the significance of Baisakhi. She said it was an integral part of Sikh heritage. 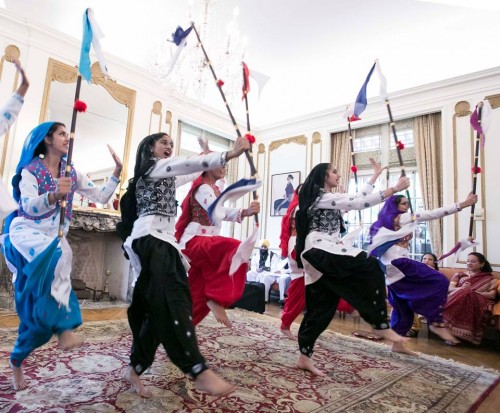 It is always the labor of love by the community and for the community, said the Community Minister Mishra, who meticulously arranged the three-hour event. Paramvir Singh Soni of the Guru Naank Foundation of Amerika (GNFA) gave the vote of thanks.

A tasteful traditional Punjabi feast, including makki de roti and sarson da saag (corn bread and mustard green), was part of the dinner.