Innovative twist to the composition. 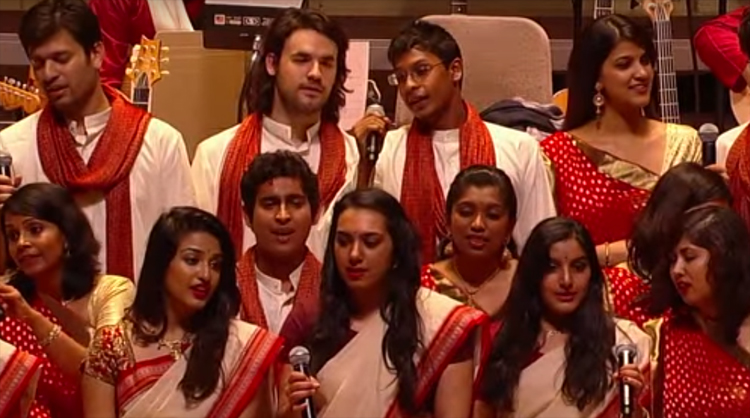 Indian music legend AR Rahman had challenged the students at Berklee College of Music to innovate without destroying the sanctity of the music. Now Rahman wouldn’t be surprised to see one of his compositions recreated by The Berklee Indian Ensemble.

A video of The Berklee Indian Ensemble performing Rahman’s track, Kun Faya Kun, posted on YouTube, has gone viral with more than 110,000 views in two days.

The Sufi song from the 2011 movie ‘Rockstar’ was part of a concert of the students at the Symphony Hall in Boston in 2014.

The song has been widely appreciated for the impressive recreation of Rahman’s mesmerizing music which was rendered by Mohit Chauhan, Javed Ali and Rahman himself.

Musicians from different parts of the world have taken part in the mind-blowing performance of the group. They also added some instruments, which were not used in the original track, to their version of the songs.

“Initially, as choral director for Berklee’s education outreach City Music Program, I brought Balkan, African, and Indian music to high school students. The response was so amazing, that I suggested the creation of an official Berklee Indian Ensemble at the college level too,” Annette Philip, the producer of the concert told The Hindu.

Rahman had visited Berklee in 2014 as part of the Berklee India Exchange program.

“Indian music has been conservative, and it could take the mindset of people studying at Berklee to innovate without destroying the sanctity of the music. I would love to see Berklee students studying [Indian music] and making something new from it.” Rahman had said during his visit.