Modi has given up on the “diaspora dividend”. 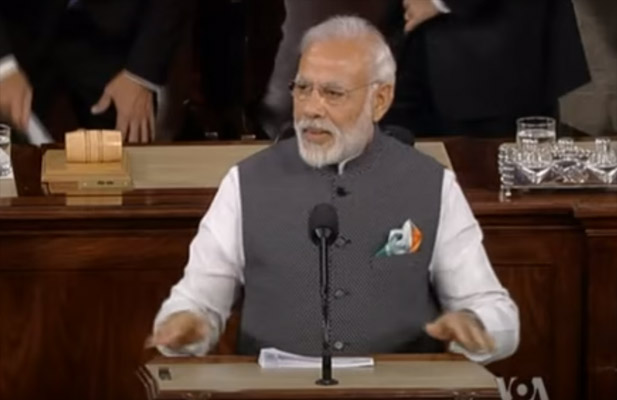 This week marked the fourth visit by Prime Minister Narendra Modi to the United States since his election in May 2014.  These visits have had the extremely positive effect of building personal ties between the BJP government, the Obama Administration and the US Congress.  But substantively, we have yet to see those relationships translate into any real policy.

This week did reveal a subtle shift in the Prime Minister’s strategy for engaging the United States.  This visit saw the reemergence of the DC-Delhi consensus.  The views of an existing coterie of think tank experts, corporate lobbyists and Congressional India-hands drove the discussion between the Prime Minister’s team, the White House and Congress.  And as a result, the focus was on topics that are controlled by government – namely defense and access to markets.  The Prime Minister spoke to the concerns of the Fortune 500 at the US India Business Council. And he met with the leaders of Washington’s big think tanks – the Council on Foreign Relations, the Center for American Progress, CSIS, Brookings and others.

Clearly, Prime Minister Modi and President Obama are trying to make the most of the remainder of Obama’s term.  In six months, there will be a transition, regardless of who wins the 2016 election, and the Prime Minister will need to develop a relationship with the new President.  That is why thorny topics, such as the remaining hiccups around the Civilian Nuclear Deal and the Climate Change agreement were at the forefront of their discussions this time.

What was missing? Any outreach to the Indian American community.  The “diaspora dividend” that Modi has put so much energy into creating, never materialized.  The Prime Minister, with deep relationships with BJP acolytes in the United States, used his first two visits to the United States to energize the diaspora – with raucous rallies in New York and Silicon Valley.   This time, there was no diaspora-related activities at all.  Instead of rallies or meetings with community leaders, the mobilization efforts focused squarely on big business and the mandarins that inhabit Washington’s think tanks.

Is this a good strategy?  Not necessarily.  Most of the think tanks in Washington DC don’t produce a lot of high quality ideas in relation to US-India relations.  Indeed, one would be hard pressed to find a think tank that has had any influence on US-India relations. And the Fortune 500 certainly cares a lot about India, but only as it relates to their bottom line.  They don’t have the broader relationship in mind, nor should they be expected to.

What Prime Minister Modi realized was that the promise of the Indian American diaspora to be a force for India never was going to materialize.  Despite using significant personal political capital to connect with the diaspora, they have yet to motivate themselves.  Since the Prime Minister’s call to action at Madison Square Garden in New York, hardly anyone in the community has stepped up to advocate for US-India relations.

Domestically, there has not been the creation of a lobbying or advocacy effort to improve US-India relations.  There is no political organization started or strengthened to mobilize Indian Americans to vote, or educate elected American leaders on the bilateral relationship.  Internationally, none of the Indian American billionaire class has launched philanthropic efforts for India since Modi’s election, nor has there been any major announcements of new investments in India by leaders of the Indian American community.

This reflects the death of a broader dream of Prime Minister Modi’s to mobilize the diaspora in many countries on behalf of India.  Indians have migrated in large numbers to over 70 countries, according to the Indian Ministry of External Affairs.  If a handful of those diaspora can influence their governments, perhaps India could have the votes to join organizations like the UN Security Council.  It was a brilliant strategy that has proven difficult to executive.

There are initiatives that have launched since the Obama-Modi relationship began. The India Investment Initiative, jointly led by the Calvert Foundation and US Agency for International Development, has mobilized American investment for social enterprise in India.  The Indus Entrepreneurs has launched an effort to connect Silicon Valley with high-growth startups in India.  And the highest-profile Indian American business leaders – Satya Nadella at Microsoft, Sundar Pinchai at Google and Ajay Banga at MasterCard have done quite a bit to push their companies into India.

Indian Americans continue to miss an important opportunity by not organizing themselves.  This week, nearly every member of Congress was tripping over themselves to “escort” the Prime Minister into the Hall of the US Representatives for his speech.   There are reasons, real and political, why India remains popular in the corridors of Washington.  But it won’t be a strategic relationship until the diaspora takes it upon itself to make it so.