Interview with the Indian American director.

DALLAS: Very rarely do we see people of Indian origin in Hollywood movies. Meera Nair, Om Puri, Irfan Khan and others make their presence felt once in a while. Indian American characters we see are either silent or do not have much to ‘say’. It is in this context we have to take a very careful note of directors like Meera Menon.

Menon was selected by Glamour magazine as one of “35 Women under 35 Running Hollywood.” She was also selected to be a fellow at 20th Century Fox’s Global Directors’ Initiative.  Her directorial debut Farrah Goes Bank was premiered at the Tribeca Film Festival, where Menon was awarded the Nora Ephron Prize for a groundbreaking woman filmmaker by Tribeca Film Festival and Vogue magazine.

Menon is the daughter of Vijayan Menon, founder of the Park Ridge, NJ,-based Thara Arts, which showcases artists and musicians from South India throughout the country. Menon, who started directing films after completing her under graduate degree, says that is how her love for movies started.

Menon was in Dallas recently to promote her new film, Equity. Here are the excerpts from the interview:

Why did you find the theme of Equity appealing?

I read the script and liked it. The male supremacy in investment banking and hedge funds and the issues faced by females there struck me. I thought I should bring out the female driven aspect.

Was your entry into Hollywood and making it real hard?

Yes, these were challenges. But I found good people. So far I have been able to find good people with whom I network.

In Equity there are no Indian characters. Do you think Indians do not get actively involved in investment banking and hedge funds?

No, it is not that. There was not much scope for such characters in the script. I wish we could have had more diverse characters. I would definitely like to direct a movie with Indian characters and Indian background.’

Do you think the film’s length is appropriate?

Yes. The length is appropriate. In fact we edited out about 45 minutes to bring the film to this length. 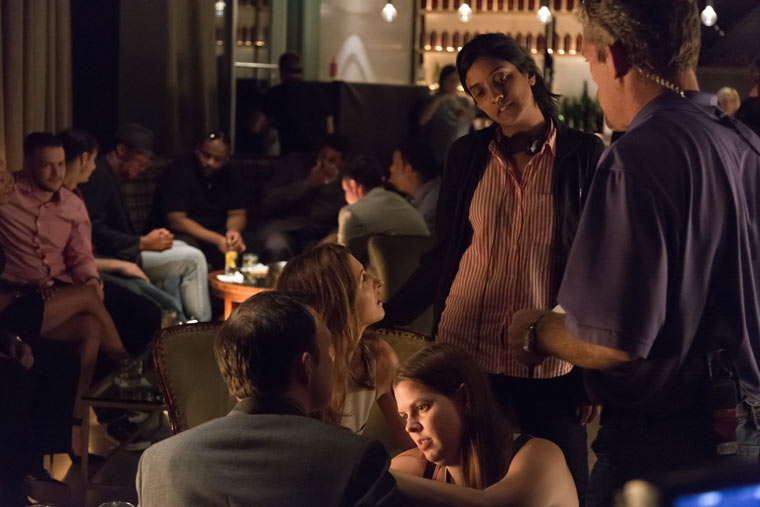 What about the theme? Do you think everyone will like it?

I hope everyone likes it. It deals with women in business and the problems they face. The female driven aspect of it should be liked by all.’

I heard that there will be a television series on the same theme. Will you be associated with this?

I am not sure about associating with television series. But definitely would like to work on a sequel.

Were you associated with casting for Equity?

I was. I liked the actors. They are amazing.

Who are your favorite directors and have they in any way inspired you?

I like Billy Wilder, Ang Lee and Meera Nair. I have not taken inspiration from anyone’s work as such. I have watched Bollywood and Malayalam movies and like them a lot.