Lilburn sees the potential of the mandir. 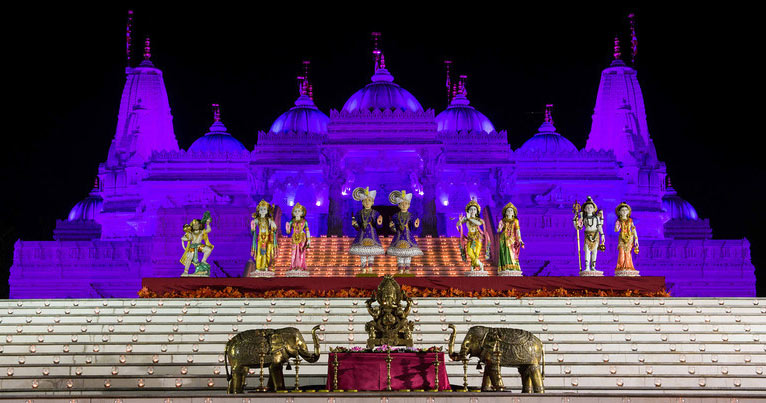 The BAPS Shri Swaminarayan Mandir in Gwinnett County, Atlanta, Georgia, has become one of the top tourist destinations in the area, and now local officials in Lilburn hope to revitalize a commercial area surrounding the temple.

The BAPS Shri Swaminarayan Mandir has drawn 1.8 million visitors since it opened in 2007 at the intersection of Lawrenceville Highway and Rockbridge Road. The Lilburn Community Improvement District hopes to capitalize on the mandir’s presence by improving the area’s pedestrian access, curb appeal and retail offerings, reported The Atlanta Journal-Constitution.

The mandir has helped change the face of Lilburn, drawing Indian and Indian American residents to the area. About 8 percent of Lilburn’s 12,162 residents are Asian Indian, according to the U.S. Census Bureau.

“We see the mandir as one of the main focal points in Gwinnett County,” Emory Morsberger, executive director of the community’s improvement district, was quoted as saying by the Journal-Constitution. “It’s a draw for high-income, well-educated people.”

The mandir is the largest Hindu temple in North America. Several hundred families worship there, and annual events like its Diwali – or Hindu New Year – celebration attract thousands of visitors. The mandir is open to the public, and tours are available.

“We see it as a place of worship,” spokesman Jigar Patel said. “It also contributes artistically, culturally, spiritually to the Gwinnett landscape.”

The mandir is a striking presence at the intersection. Its domes and spires rise above a screen of trees. Visitors behold hand-carved marble, limestone and sandstone structures surrounded by a sweeping courtyard.

The surrounding area is dotted with typical suburban shopping centers. Though it’s not run down, Morsberger believes it could be improved. He’d like to see upscale restaurants and retailers that cater to affluent visitors and residents.

To encourage that kind of development, the community improvement district is studying pedestrian improvements and beautification projects. It’s also determining what types of retail stores could do well in the area. And it’s seeking ways to improve the area’s housing stock. Those studies should be completed next month, the report said.