They have contributed significantly to Hillary for America crusade.

The US presidential elections are just around the corner. As both contestants rally toward the finish line, American Bazaar looks at the top Indian Americans in the Clinton campaign. Each one of these staffers is uniquely special in his/her intelligence, skills and knowledge. They have contributed significantly to Hillary for America crusade. Their position in the Clinton team can be gauged by the fact that they all hold policy-making positions. They have toiled 24×7 to convey Clinton’s messages and thoughts effectively on the gamut of issues concerning electorates of all age, color, creed and across party lines. 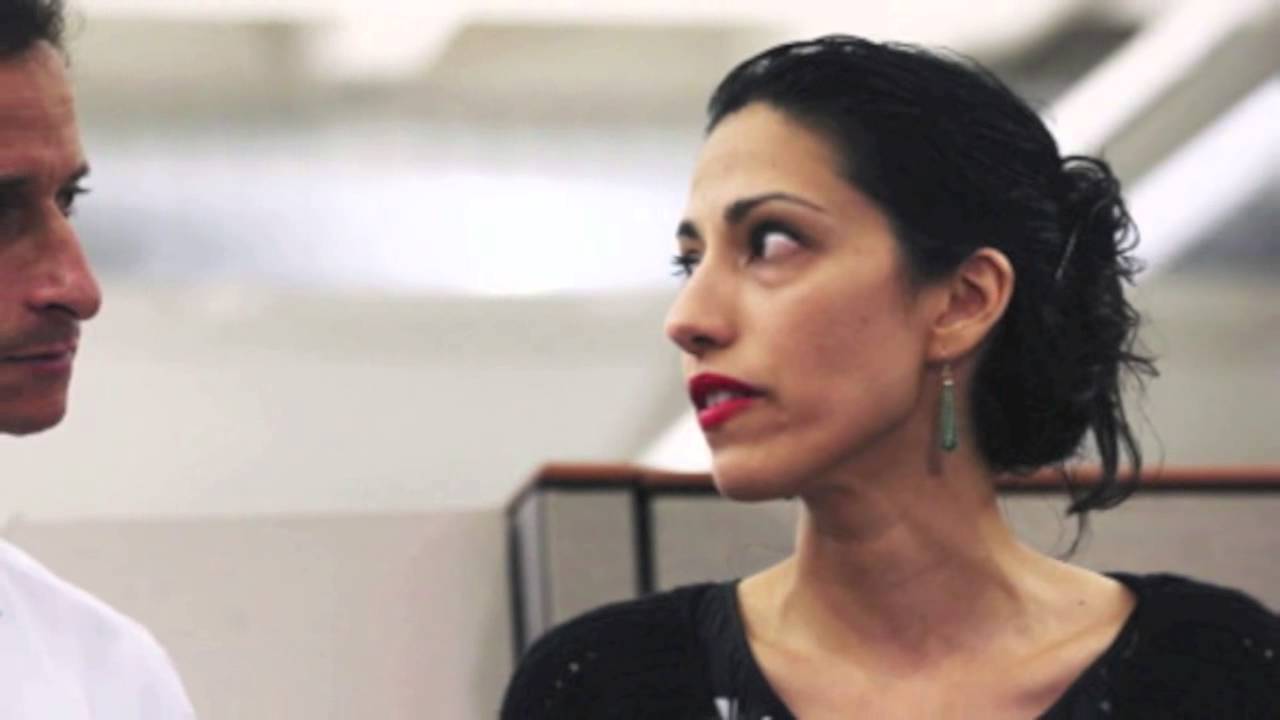 Huma Abedin – Born to an Indian father and Pakistani mother, Abedin has been a longtime aide to Hillary Clinton. She serves as vice chairperson for Clinton’s 2016 presidential campaign. The 40-year old political staffer started her career as a White House intern in 1996. That time her job was to assist the then First Lady Hillary Clinton, which she continues till date. Michigan-born Abdien has been by Clinton’s side throughout her political career: Senate, 2008 presidential campaign and to the State Department. She is deeply trusted and highly influential.

Abedin has been an all-purpose helper to Clinton. Her posts have been challenged several times; to be changed by title, only. During Clinton’s email scandal, a lot of fingers were pointed at Abedin; and her overlapping jobs. However, Abdien cleared her position and came out unscathed. Her multitasking and multiple roles in the Clinton campaign has been an eye-sore for Clinton rivals. Nevertheless, Abdien’s tasks in this year’s presidential elections just affirms her invincible power and indelible position in the Clinton-orbit.

Mini Timmaraju – Brooklyn, New York, -based Timmaraju was included in the Clinton team as a Director of Hillary for America’s National Women’s Vote, in May 2015. Soon, she became one of the most visible Indian-American’s in Clinton’s presidential campaign. The former Chief of Staff for Congressman Ami Bera (D-CA) has decades of track-record of working in various state and local level organizations. She has been in close touch with the Indian-American community, too. The 43-year-old Clinton adviser proudly links her advocacy and learning to Gandhi and her family members in India. “I was fascinated by the stories of the Indian independence, you know, folks in the family who had met Mahatma Gandhi,” Timmaraju said in an interview to NBC news in April this year. She is a staunch proponent of Asian-American community and its role in the American politics.

A graduate from University of California-Berkeley and University of Houston Law Center, Timmaraju career spans to over 20 years. And, she is bringing all that learning and expertise to garner grassroots-level support to the Clinton campaign. Her role involves everything and anything that has to do with mobilizing women in the 2016 presidential campaign. She decides on the communications and policies related to this sensitive issue as Clinton prepares to become America’s first women president. 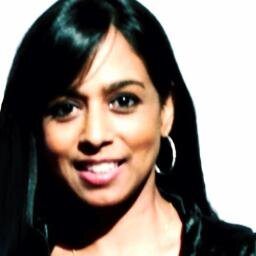 Maya Harris – A law graduate from Stanford Law School is a senior policy adviser for Hillary Clinton’s 2016 presidential campaign. Her selection was not the one that many in the Clinton camp anticipated. However, her fierce advocacy on the various issues closer to Clinton campaign made her a worthy choice. She helps to shape various agendas that are set for the campaign. Harris specializes in human rights and social justice. She explains Clinton’s position on several issues related to social justice. She holds conferences and discussions on campaign strategies to discuss issues facing students.

Harris has many achievements to her credit. Prior to joining Clinton, she worked as a Vice President for Democracy, Rights and Justice at the Ford Foundation. The 48-year-old has a proven track record of leading various advocacy groups. At 29, she was perhaps the youngest dean of Lincoln Law School of San Jose, the National Law Journal reported. Champaign-Urbana, Illinois,-born Harris was among the Top 20 Up and Coming Lawyers Under 40 by California’s leading daily, the Daily Journal.  Harris taught as an adjunct law professor, too, at several Bay Area law schools. Her elder sister, Kamala Harris, also a Democrat, is the Attorney General of California. 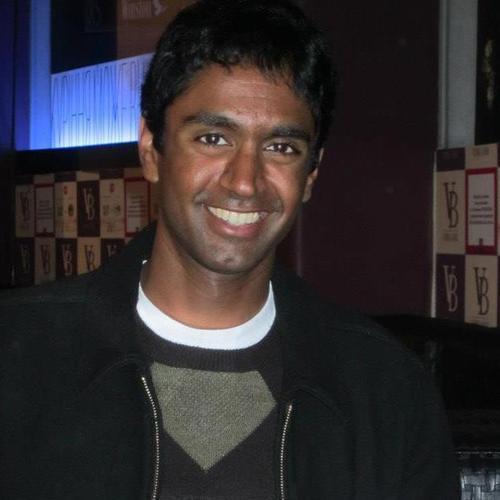 Vivek Viswanathan – New York-based Viswanathan is a policy adviser in the Clinton campaign. Viswanathan credits his parents for nurturing his interest in politics. His father, Ramaswamy Viswanathan, is a psychiatrist at the State University of New York Downstate Medical Center; while his mother Kusum Viswanathan is a pediatric hematologist-oncologist. She also chairs department of pediatrics at Brookdale University Hospital.

Viswanathan pursued JD-MBA from Stanford. The 2013 Soros Fellow studied US history and international relations at Harvard and Cambridge. During his undergraduate years at Harvard, he was the managing editor of the Harvard Political Review. He earned his master’s in historical studies as a Henry Fellow at the University of Cambridge, according to Stanford’s news portal, news.stanford.edu.

Aditi Hardikar – Hardikar joined Clinton’s campaign as finance director for coalitions in January 2016. Before that, she was appointed as the LGBT Liaison in the White House Office of Public Engagement, in 2014. She was 25 at that time. Daughter of Indian immigrants, Hardikar was the first woman of color to serve in this role. Her work at the White House is much appreciated. She is credited with opening first-ever all-gender restrooms at the White House. The 27-year-old helped shape several policies for LGBT community. Hardikar’s unceasing endeavors helped bring forth various concerns of transgender communities.

As a primary liaison to Asian American and Pacific Islander (AAPI) lesbian, gay, bisexual, and transgender (LGBT) communities, Hardikar is well-versed with understanding gender issues. She is an experienced hand in in mobilizing community leaders, too. Hardikar has played several leadership roles. “She was Director of the AAPI Leadership Council and the Director of the LGBT Leadership Council for the Democratic National Committee. She was also the LGBT Finance Director of the Presidential Inaugural Committee in 2013, and the Deputy Director of LGBT Voter Outreach and LGBT Finance for the 2012 Obama-Biden Presidential Campaign,” NBCNews reported.

A graduate of University of Michigan, Hardikar started her political stint as a White House intern. She holds a double major, political science and economics.

Koustubh “K.J.” Bagchi – A graduate from the Seattle University School of Law, Bagchi is the Director of AAPI Finance for the Hillary for America campaign. He was appointed in August 2016. Prior to that, he was the Director of AAPI and Small Business Engagement of the Democratic National Committee (DNC). He served as acting legislative counsel and before that a legislative fellow in the U.S House of Representatives.

K.J. specializes in legislative research, analysis and advocacy. He has been providing policy advice to elected members at both local and federal levels. He holds a B.S., Psychobiology, with a minor in Political Science from University of California, Davis. Bagchi is also a board member of Asian American Action Fund since 2013.