Maan Singh Khalsa is an IT professional. 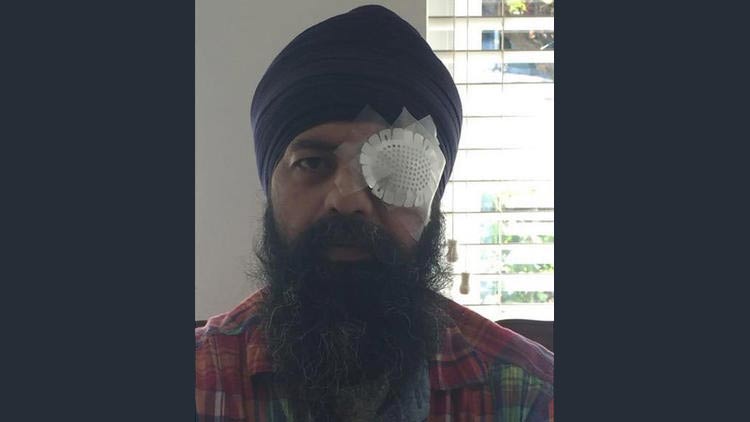 Two Texas men have been charged with hate crime charges by Contra Costa County prosecutors for assaulting a Sikh man and cutting his hair.

The incident leading to the arrest of the two men – Chase Bryan Little, 31, of Beaumont, and Colton Tye Leblanc, 24, happened last month in the Bay Area city of Richmond. Both were charged with intentionally making severe bodily injuries and assault with a deadly weapon, said reports.

Maan Singh Khalsa, a 41-year-old Sikh man who worked as an IT professional, and wore a turban, was attacked on Sep. 25.

According to Sikh community leaders, the attack on Khalsa was hate-oriented, targeting the religious beliefs and ethnicity. They also claimed that the attackers yelled “Cut his hair, cut his … hair!” then used a knife to chop off a fistful of his hair.

The prosecutors also said that the Richmond police had arrested another man along with Little but they later found him not involved in the assault.

According to the district prosecutor, Khalsa was assaulted during the night while he was waiting in a red light in Richmond, close to his house.

The prosecutor also added that five men who came in a white Ford F-150 pulled up at the red light and threw beer cans on Khalsa’s car. In the next intersection, Khalsa once again stopped the vehicle but this time, two occupants got out of the vehicle and ran towards Khalsa’s car.

The two men repeatedly punched Khalsa in the face through an open window while he was seated inside his vehicle, the district attorney’s office said. Khalsa’s turban was knocked off during the barrage. The assailants then began pulling his hair.

While yelling obscenities, the assailants forced Khalsa’s head down and cut a significant portion of his hair, prosecutors said.

Portions of the attack were overheard and recorded by a California Highway Patrol dispatcher who was trying to determine Khalsa’s location, they said.