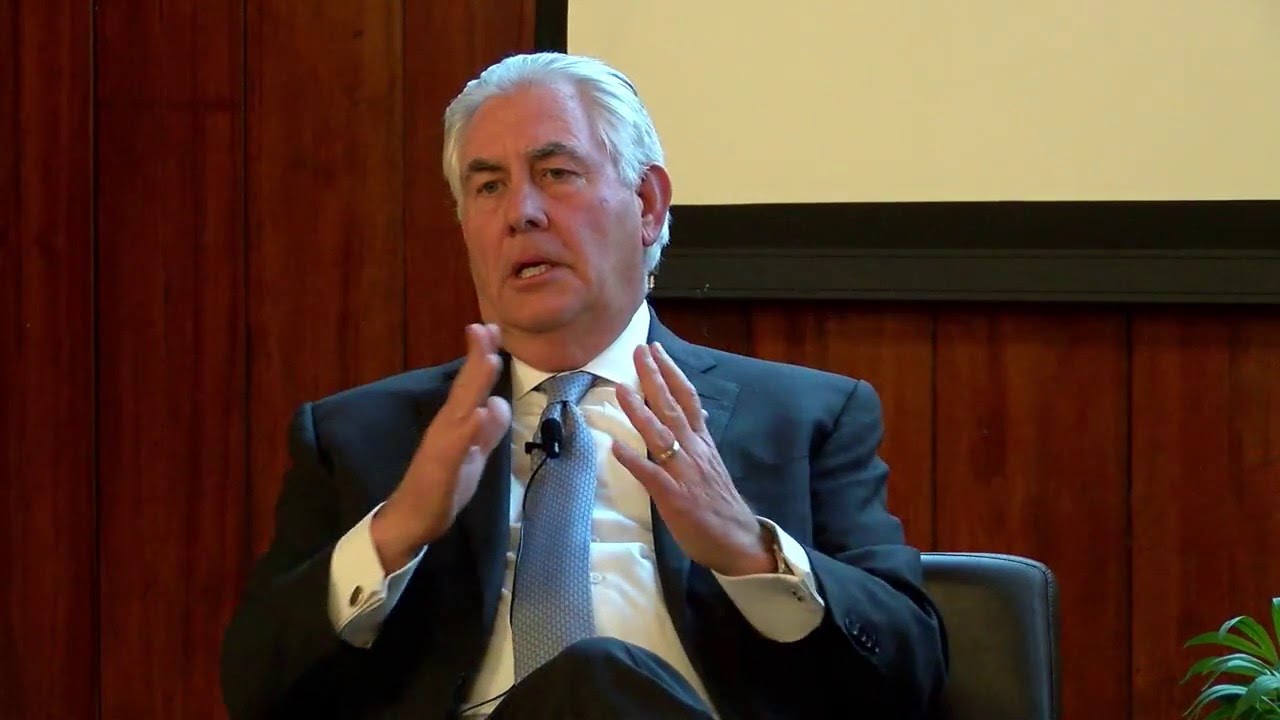 US President-elect Donald Trump has named Rex Tillerson as the Secretary of State of his administration that will take charge next January.

Rex Tillerson is the CEO of Exxon Mobil, the American multinational oil, and gas corporation headquartered in Irving, Texas.

The selection of Rex as the secretary of state has once again raised the questions about Trump’s proximity towards Russia as his pick for secretary post is a close friend of Russian president Vladimir Putin.

Confirming the news about the selection of Rex Tillerson as the next secretary of state, the transition team released a statement on Tuesday. In the statement, Trump praised the 64-year old as “among the most accomplished business leaders and international dealmakers in the world” and said he would be a “forceful and clear-eyed advocate for America’s vital national interests.”

The selection of Tillerson has once again raised concerns over Trump’s allegiance towards Russia and his decision has yet again caused the displeasure of fellow republicans who have always questioned Trump’s pro-Russia stands.

The republicans in the Senate have already decided to move forward with a bipartisan investigation into the FBI report that Russian hackers have tampered with election to give Trump undue advantage.

Tillerson was earlier awarded Russia’s Order of Friendship in 2013, a state recognition awarded by Russian Federation to reward foreign nationals whose work, deeds, and efforts were aimed at the betterment of relations with the Russian Federation and its people.

Tillerson has also been a strong proponent of anti-US sanctions against Russia also he has been maintaining a close relationship between Russian President Vladimir Putin.

Interestingly, like Trump himself, his Secretary of State candidate also has no prior political background. Nor has he got any government or diplomatic experience. The only experience Tillerson has in international politics is his decade’s long effort to forge ties between his company and Russia.