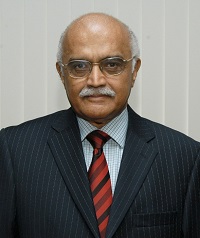 President-elect Donald Trump is colliding with so many forces even before he is sworn in. He forgets the lessons of history that one has to “hasten slowly” as Roman Emperor Augustus had famously advised his commanders. Trump wants to tame the American media and build a wall along the Mexican border. He wants all Obama appointed ambassadors to quit by January 20.

Even before receiving intelligence briefing he had made up his mind that the Russian hacking was a “Political witch-hunt.” He conveyed this publicly “three hours before he was set to be briefed by the nation’s top intelligence and law enforcement officials about Russian hacking of American political institutions.”

New York Times said that the officials, in their two-hour briefing on January 6, conveyed bluntly to Trump that “President Putin and the Russian Government aspired to help President-elect Trump’s election chances when possible by discrediting Secretary Clinton and publicly contrasting her unfavorably to him.” The report said that the attacks began as early as July 2015 “long before anyone could have known that Mr. Trump, considered a dark horse, would win the Republican nomination.”

Trump is thus starting his tenure with total distrust of American security and intelligence bureaucracy at a time when the US is facing enormous threats to its security. If the past American history is any guide, this will land him and the country in serious difficulties. He is sadly mistaken if he thinks that he can control and direct his security bureaucracy with hand-picked businessmen or superannuated military leaders after publicly expressing his distrust of them.

In the past whoever started with a prejudice against intelligence bureaucracy had come to grief. In the present case, even the congressional Republican leadership is backing US intelligence agencies, being upset with his irrational friendship with Putin.

Like Trump, Richard Nixon also came to be the president without reading any of CIA’s Presidential Daily Brief (PDB) during transition. George Washington University’s National Security Archives revealed in 2016: “During the transition, the CIA sent Nixon envelopes filled with PDBs and other reports, but they simply piled up. Nixon had not read them and his secretary soon returned them.”

Nixon thought poorly of CIA, who was, according to him, responsible for his defeat in the 1960 elections by “Over estimating the Missile Gap.” To quote Robert Gates, former Director of CIA, Nixon used to openly ask “What the hell do those clowns do out there in Langley?”

He sent James Schlesinger to tame the CIA by firing a large number of officials. But the inside heat generated on Schlesinger was such that Nixon had to shift him within five months.  And Nixon’s refractory and unpredictable behavior on security issues and his battle with the media brought him disgrace. He was the only US President to resign from office.

According to American Foreign Service Association (AFSA), President Obama had appointed 311 career and 135 political appointees since 2009. Thus from January 20, 2017, many of the US foreign missions would be “headless” for very long periods waiting for Senate confirmation.

The Wall Street Journal had said, on June 27, 2014, that even ambassadors “confirmed” by Senate Foreign Relations Committee had to wait for 110 days for Senate “Approval.” For those who were not Committee-confirmed, the waiting period was 238 days. It is anybody’s guess how long the new Trump appointees will have to wait considering the continuing acrimonious political climate in the US Senate. Would this be a good augury for an administration which wants its radically different views to be heard if not imposed on foreign capitals?

In the past such mass removal of government bureaucracy had resulted in calamitous results in other countries. In 2003, the US Coalition Provisional authority in Iraq, led by Paul Bremer, dismissed the entire Baathist party-dominated civilian bureaucracy. He also sent home 250,000 Iraqi soldiers. This resulted in a serious administrative vacuum when they were badly needed to restore order during Shia-Sunni civil war after the fall of Saddam Hussain. Many of these unemployed soldiers joined Sunni militia groups including the Islamic State (IS), posing the biggest danger to the US.

A similar mistake was made by Turkish President Erdogan, who removed 120,000 officials since the July 2015 coup attempt. Although this may not happen in the United States, such leadership vacuum in foreign capitals and UN organizations is bound to impair the impact the Trump administration’s policy formulations on political, economic, commercial and security areas.

Trump has annoyed a large number of countries and different segments of world population who were so far friendly with the United States. Those who were already agitated with the US, like some Gulf countries, or extremists have been further alienated by him due to his senseless outbursts against Muslims.

Trump is sadly mistaken that he would be able to control global security situation merely through his friendship with Putin. I am reminded of those dark days of the 1970s when US embassies were attacked or burnt and diplomats attacked even in moderate countries. The United States, even as the mightiest super power, cannot protect their diplomats and nationals traveling all over the world. Already a US consular official was shot at in Guadalajera (Mexico) on January 7.  I hope this does not become a pattern during the Trump presidency.

(The writer is security analyst and a former Special Secretary, Cabinet Secretariat Government of India, who had led the Indian inter-agency teams for annual dialogue with US agencies on terrorism. He was also a member of the two-member high level committee which enquired into the Mumbai 26/11 terror attacks.)